Group portrait of sergeants of No 17 course, No 1 Wireless and Air Gunners School. Identified, ... 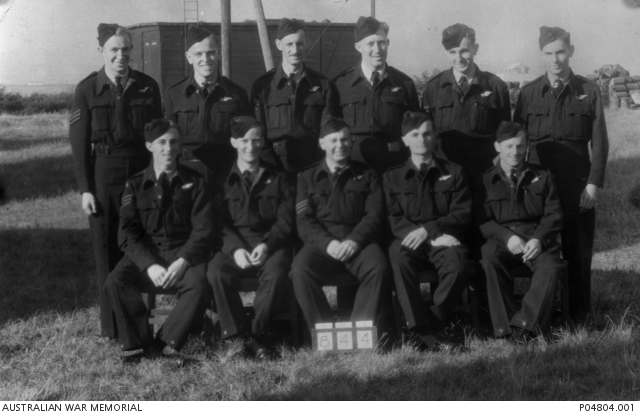