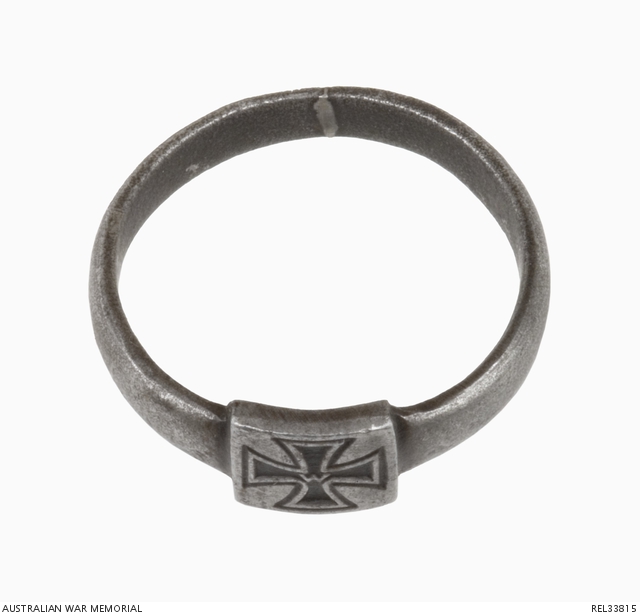 German man's ring made of iron displaying an Iron Cross with a 'W' in the centre. Impressed in the inside of the band is 'Metallsammlung 1914'.

Collected in Singapore in 1916 by Miss Alexandra Anderson Scott from a visiting Royal Navy sailor. It is thought that the ring originally belonged to a German survivor from the SMS Emden, sunk by HMAS Sydney on 9 November 1914. The German inscription 'Metallsammlung' translates to metal collection. During the war collection drives for precious metals were held to gather resources for the war effort. In return for giving up these items replacements were made from more readily available materials such as iron. The 'W' which appears in the centre of the Iron Cross represents Kaiser Wilhelm II.