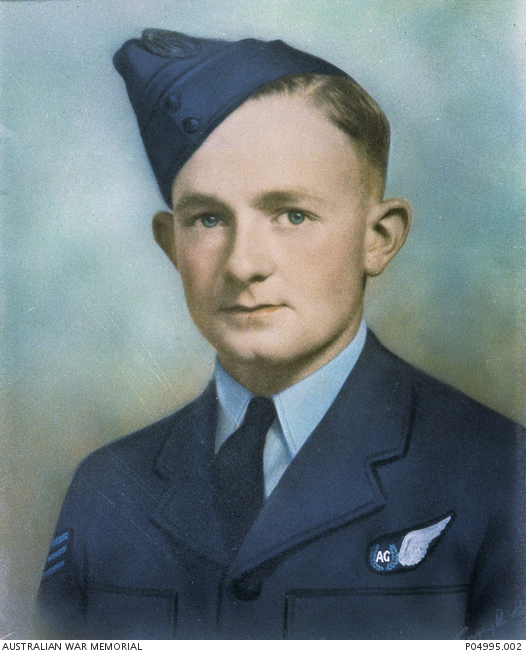 Studio portrait of 19805 Sergeant (Sgt) Donald Kelway Storrie, 20 Squadron, RAAF, of Melbourne, Vic. He enlisted on 29 November 1940 as an engineer and was stationed at Laverton, Point Cook and Wagga. He transferred to Liberators and then to the Catalina squadron based in Rathmines, NSW. He also served at the Batchelor RAAF Air Base in the Northern Territory. The Catalina aircraft, of which he was a crew member, was posted missing from Darwin Base whilst minelaying in waters up to Japan on 7 March 1945.