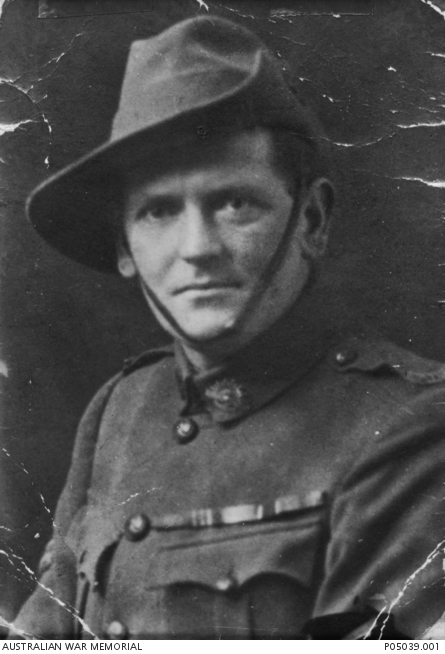 Studio portrait of 63 Staff Sergeant (SSgt) Frank Carr, 2nd Field Ambulance, Australian Army Medical Corps, of Rainbow, Vic. A chemist prior to enlisting on 18 August 1914, he embarked from Melbourne aboard HMAT Wiltshire on 19 October 1914. He was awarded the Military Medal (MM) on 27 October 1916 and granted leave on 30 December 1918 in the United Kingdom. Carr is wearing a DCM ribbon, however this award was not gazetted. In September 1918 he was recommended for a Distinguished Conduct Medal (DCM) and most likely told he could wear the ribbon, a relatively common occurrence in the field, but as this award was not approved he did not ultimately receive it.