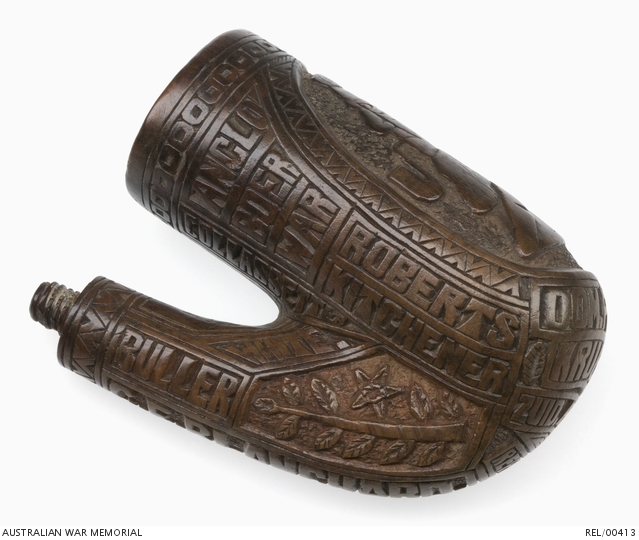 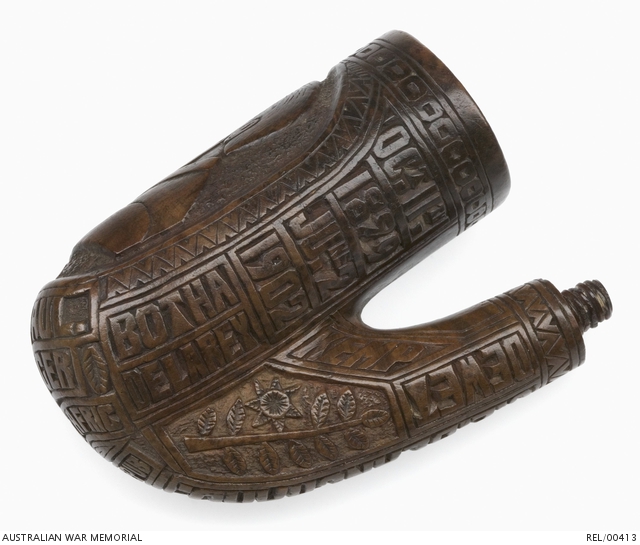 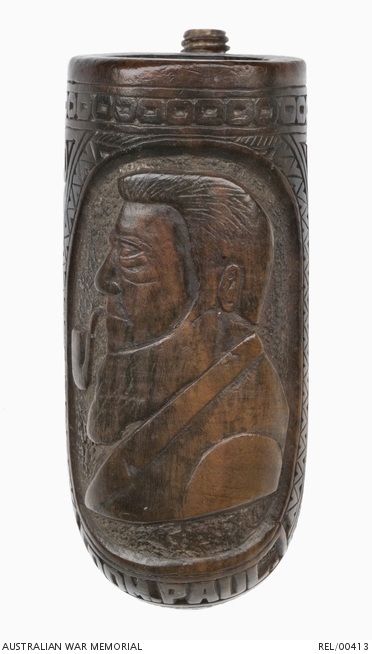 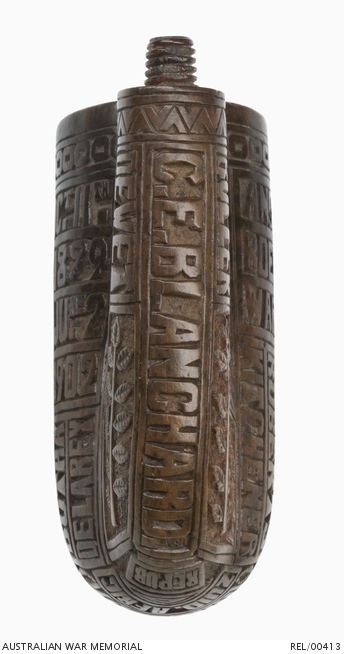 Ornately carved 'Oom Paul' style pipe bowl. The shank is carved with the name 'C. E. Blanchard' with a branch and star pattern depicted on either side. On the left side of the shank is 'DE WET' and on the right is 'BULLER'. On the front of the bowl is a depiction of Paul Kruger smoking a pipe. Below him reads 'OOM PAUL, KRUGER, ZUID AFRIC'. On one side of the bowl is 'OC.11, 1899, JU.2, 1902, BOTHA, DE LA REY' while the other side reads 'ANGLO, BOER, WAR, ROBERTS, KITCHENER'. The pipe is missing its mouthpiece.

Associated with the service of Trooper Charles Edward Blanchard of the 2nd New South Wales Mounted Rifles. It is not known whether Blanchard carved the pipe himself, however the inclusion of Dutch words makes it likely that he purchased it while in South Africa.