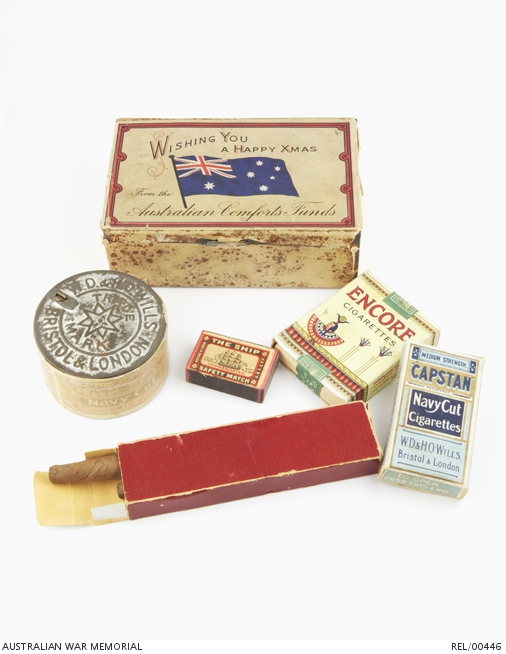 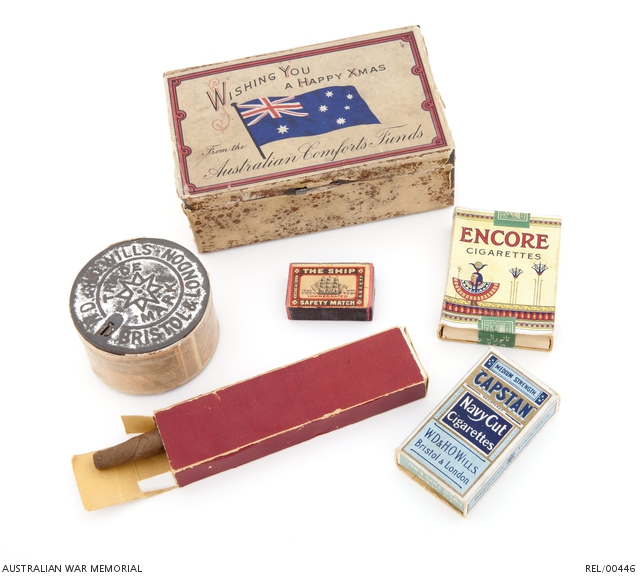 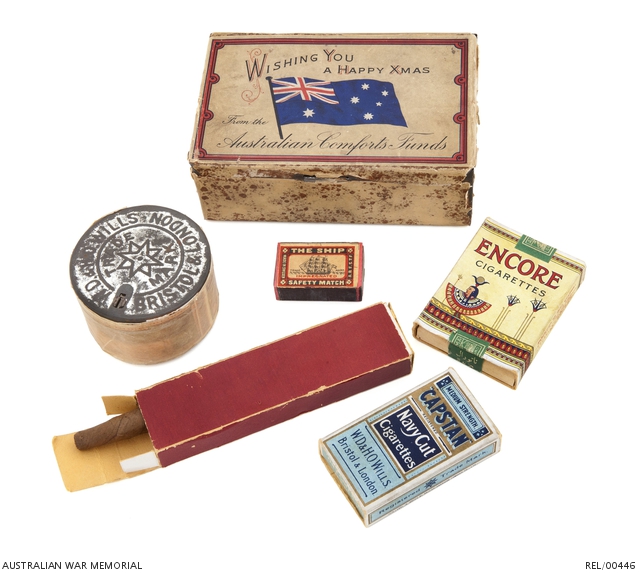 Rectangular tin with hinged lid and covered with cream paper. The lid is decorated inside and out with a red border and an Australian flag. Printed in black cursive script above and below the flag are the words 'WISHING YOU A HAPPY XMAS/ From the Australian Comforts Funds'. Inside the tin, the contents are intact and include a circular tin of 'Full Strength "Capstan" Navy Cut' tobacco; a packet of ten 'Medium Strength "Capstan" Navy Cut' cigarettes; and a packet of French-Egyptian 'Encore' cigarettes. Also included are a box of Swedish made 'The Ship' safety matches and a red cardboard box with two cigars.

This parcel was given to 2284 Private Sidney Thomas Elliott of 21 Battalion by the Australian Comforts Fund at Christmas 1915. Elliott was born in Portsmouth, England and educated in Wales. He became a merchant seaman, serving his apprenticeship at sea and becoming a quartermaster in the P&O Company by the time of his enlistment in the AIF in Melbourne on 9 July 1915.

Serving in 21 Battalion, AIF, including time as batman to Captain Holmes, he was killed in action near Longuette on 20 March 1917 and buried at Villers-Brettoneux. His sister, who remained in Wales with the rest of Elliot's family, forwarded the intact box to Australia House in London in the 1960s, from where it was donated to the Australian War Memorial.