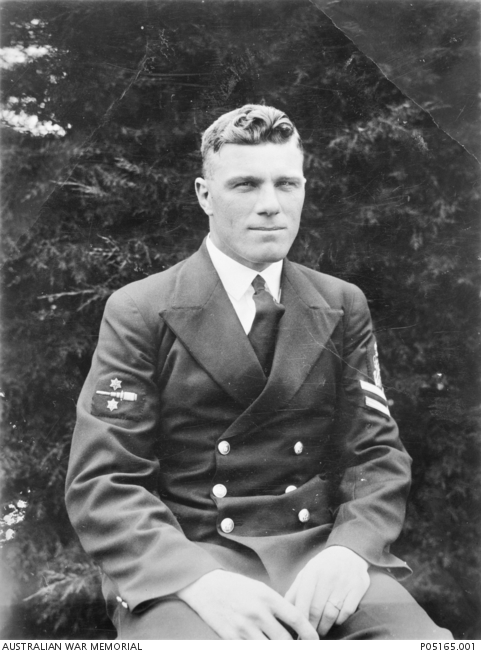 Informal portrait of 16506 Chief Petty Officer (CPO) Roland Robertson Hubbard, RAN, of Deniliquin, NSW, who enlisted on 5 May 1925. He was killed in action on 1 March 1942, whilst serving aboard HMAS Perth. On the night of 28 February 1942 the Australian cruiser HMAS Perth, together with the USS Houston, encountered a large Japanese force near Batavia (now Jakarta). By chance, the two cruisers had met the Japanese invasion force assigned to western Java. A fierce five hour fight ensued until, out-numbered and outgunned, HMAS Perth was sunk at about 12.25 am on 1 March 1942 after being struck by five torpedoes and a number of shells. The Houston, still fighting but ablaze, was also hit by torpedoes and sank shortly afterwards. Of HMAS Perth's company of 686, only 218 (including one civilian and two RAAF personnel) were ever to return to Australia; the remainder were killed during, or soon after the action, or died as prisoners of war.