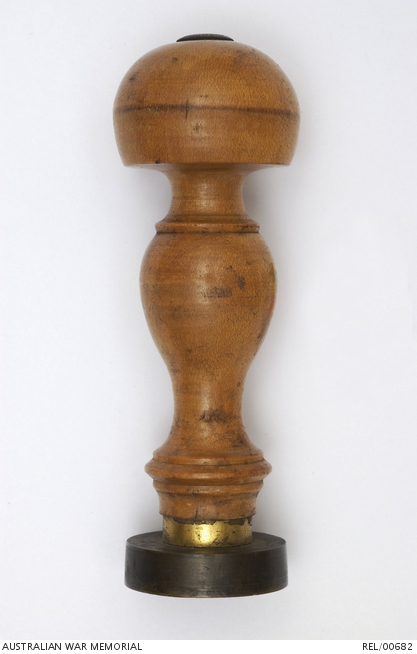 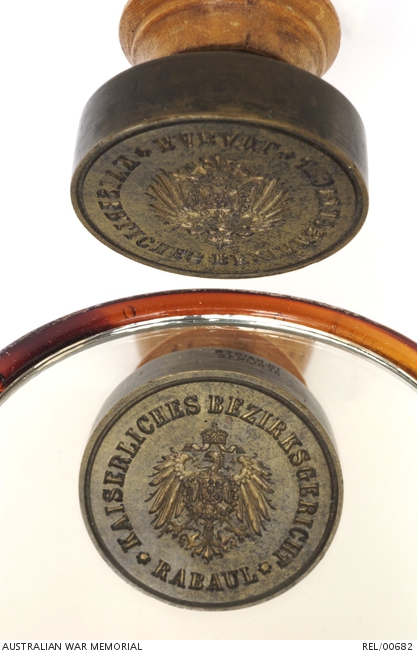 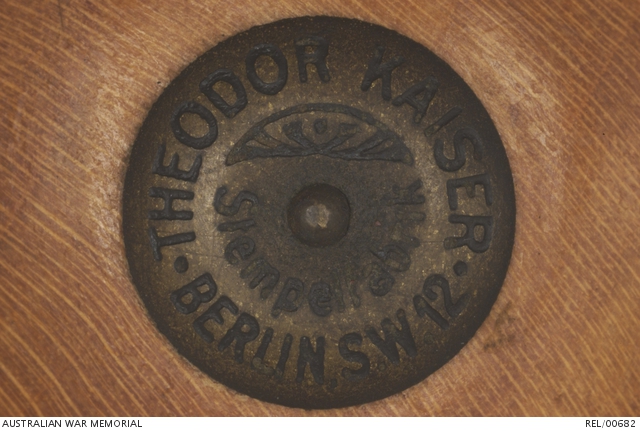 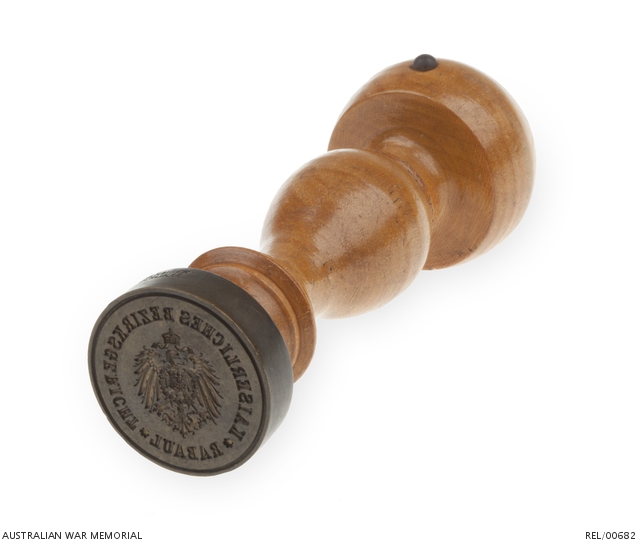 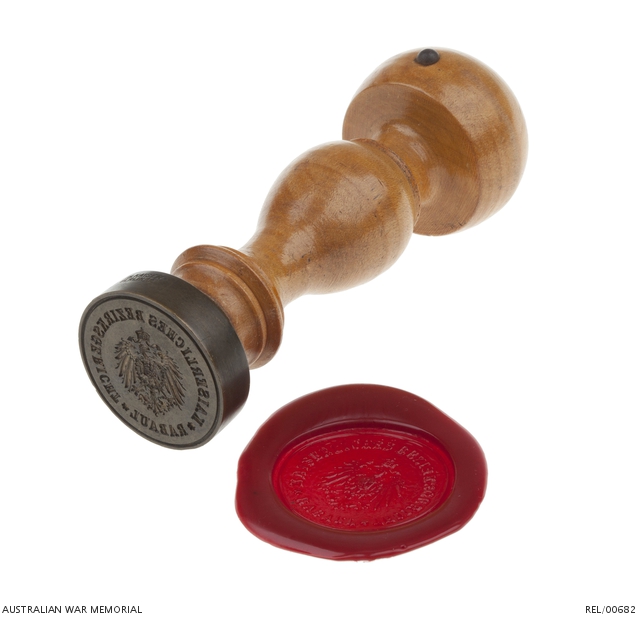 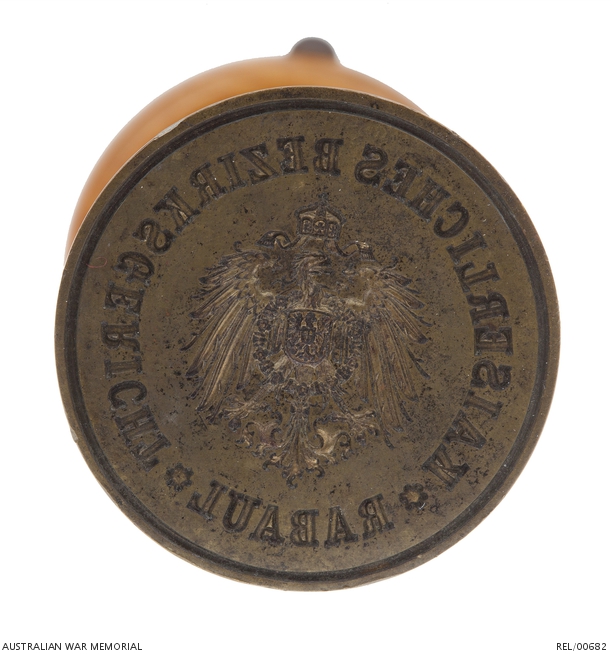 Stamp seal with carved wooden handle. The handle has a small brass button on the top impressed with the maker's details. The seal section is made of brass and reads 'KAISERLICHES BEZIRKS GERICHT/RABAUL' (Imperial District Court/Rabaul) around an image of the Imperial German coat of arms.

This seal was used on the deed of surrender of German New Guinea. The deed of surrender was drawn up by Captain Charles Edye Manning who was the acting Judge Advocate General for the administrator of Rabaul after the capture of German New Guinea and the neighbouring islands of the Bismarck Archipelago, and to whom the seal was given as a memento by Colonel William Holmes.

Manning, who was born on 24 October 1879 in Sydney, NSW, was a practicing barrister at law when the First World War began. He was granted a commission as a lieutenant in the Australian Naval and Military Expeditionary Force (ANMEF) which took effect on 18 August 1914.

He sailed with the ANMEF on 19 August aboard HMAT A32 Berrima from Circular Quay, bound for German New Guinea. He was promoted to captain on 10 September and after the surrender of German forces at Rabaul later that month, became part of the military administrative staff there.

On 22 February 1915, Manning was made Assistant Judge Advocate General for Rabaul before returning to Australia at the end of April. He was discharged from the ANMEF on 3 May and the following day was gazetted as a captain in the AIF.

Manning was posted to the newly formed 24th Infantry Battalion at the Broadmeadows camp in Victoria. He embarked with his battalion from Melbourne on 10 May aboard HMAT A14 Euripides.

Manning's brother Captain Guy Owen Manning, serving with 1 (Tropical) Battalion ANMEF, was killed on 18 June 1915 when his motorbike left the road in New Ireland during an inspection tour.

After arriving in Egypt, the 24th Battalion underwent a tough training routine through July and August. On 2 September Manning was made the battalion adjutant and two days later they landed at Gallipoli. The battalion spent much of their time in the trenches at Lone Pine, alternating with the 23rd Battalion. On 9 October, Manning was promoted to major.

Manning was buried alive after a shell exploded near him during a Turkish bombardment at Lone Pine on 29 November. The 24th were relieving the 23rd Battalion and both units suffered severe casualties. He was evacuated to Malta suffering concussion and shell shock.

He rejoined 24 Battalion at Tel El Kebir in Egypt on 15 January 1916 and sailed with the battalion to France on 20 March, disembarking at Marseilles a week later.

Manning went into action at Pozieres at the end of July. He was killed with three other officers on 7 August when the battalion was stationed in a support area on Tara Hill near Albert. A shell landed in the gun pit they were sleeping in, killing them instantly. Manning was buried at Becourt Military Cemetery.