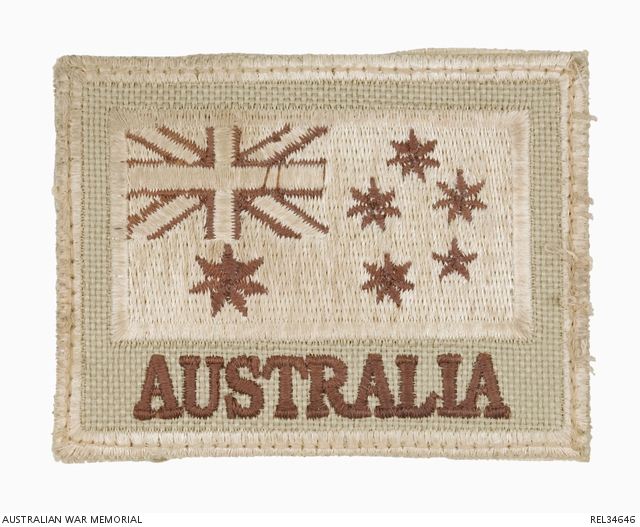 Donovan wore this uniform patch on his body armour and it was collected from him, along with other uniform and personal items, after his participation in an operation conducted on 5 October 2005 in B sector of Combat Team Tiger’s area of operations in southern Iraq. Tasked with operating an observation post, Donovan’s section was inserted by a British Sea King helicopter approximately six kilometres from their observation post location. They conducted dismounted patrols through some of the smaller villages before setting up to observe their designated area. Once the task had been completed, Donovan and his section were extracted by a patrol of Australian Light Armoured Vehicles (ASLAV) and returned to the Australian base of operations, Camp Smitty. Donovan returned to Australia in November 2005.