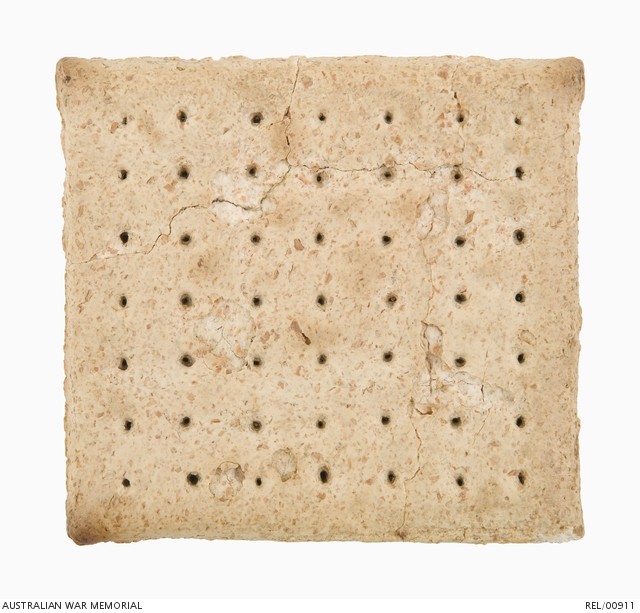 Hard tack army biscuit as supplied to Australian troops during the Boer War. The biscuit has been slightly singed on the back during the baking process.

Popularly known as a 'forty-niner' because of the 49 holes made in the biscuit during the manufacturing process, a single hard tack biscuit was said to have as much nutritive value as a loaf of bread. Hard tack biscuits were part of a soldier's individual ration in the Boer War and were so hard that they were often soaked in water before consumption if this was possible. Made of 13 parts flour to one part of water, the biscuits were slowly dried in the baking process, rendering them so hard that they deterred attacks from weevil pests and allowing them to be transported with little breakage. This example was supplied by the Major General C H Brand (formerly Captain Charles Henry Brand) in his capacity as president of the South African Soldiers' Association.