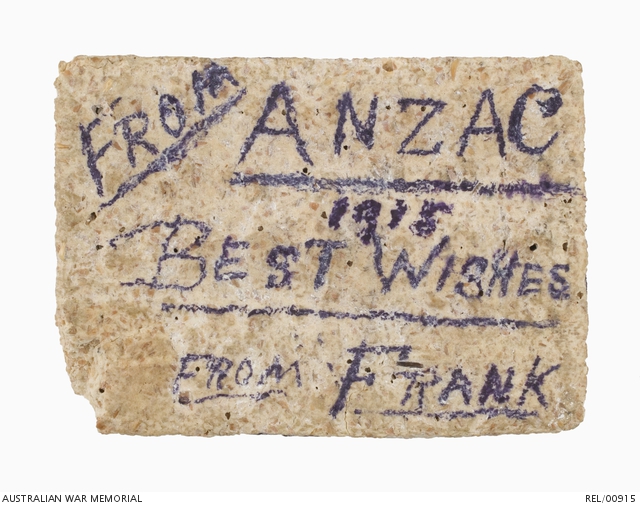 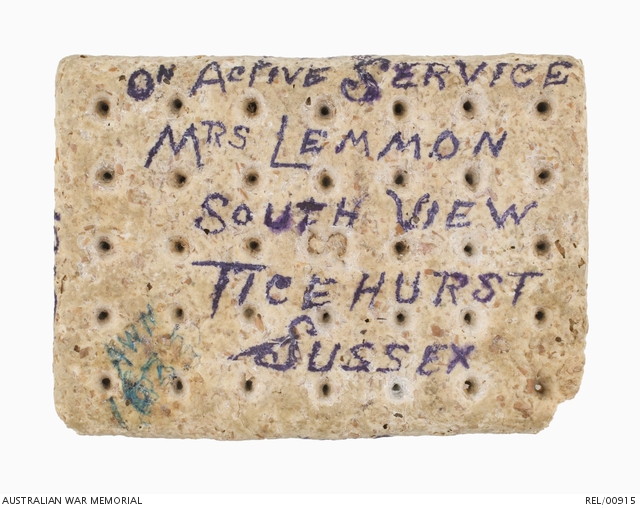 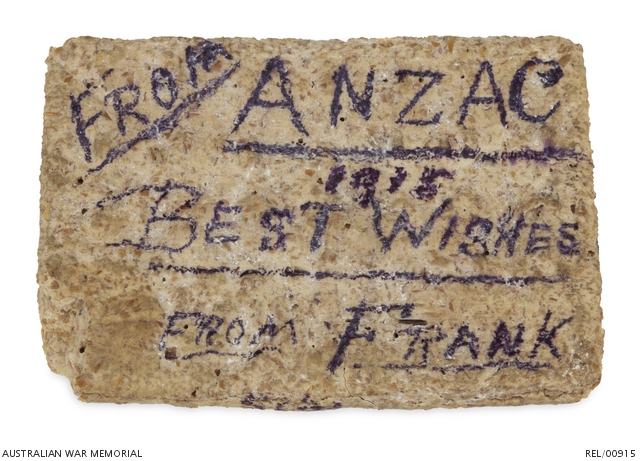 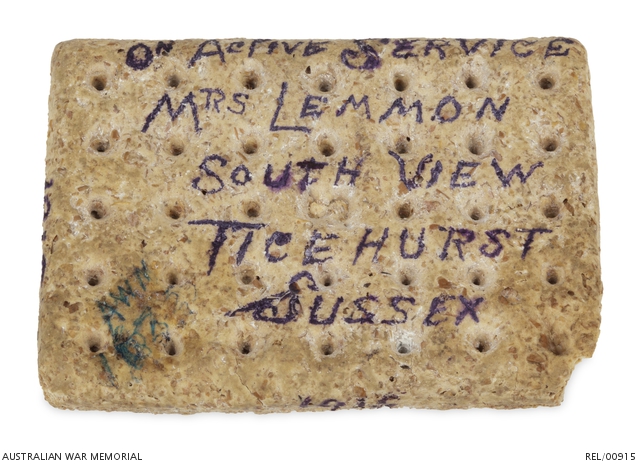 This army biscuit was sent from Gallipoli by 4617 Gunner Frank Lemmon who was born at Icklesham, near Rye, Sussex, England, the son of Orange Lemmon and Elizabeth Bain. He emigrated to Australia in 1911, working as an assistant steward aboard the ship Essex to pay his passage. He was employed as a grocer's assistant when he enlisted in the AIF on 3 April 1915, at the age of 25. He stated that he had had previous military experience as a volunteer in the Royal Field Artillery in England.

Lemmon embarked from Australia with the 7th reinforcements of the 1st Field Artillery Brigade on 10 August 1915. Soon after arriving in Egypt he embarked again, this time for Gallipoli, where he arrived in October. There he joined the 2nd Battery, Australian Field Artillery, but was attached to the 8th Battery a few days later. He remained with them until the end of the campaign. After returning to Egypt, Lemmon was transferred to the 5th Division Artillery in February 1916 and posted to the 57th Battery.

After the war he was transferred to Headquarters and remained in England until 22 September 1919, when he embarked for Australia aboard HMAT Port Sydney. When he left England, he left behind his fiancee, Ethel Kate 'Kitty' Trollope. In 1921 Lemmon applied for free passage for her, which was granted. The couple married in New South Wales in 1922.