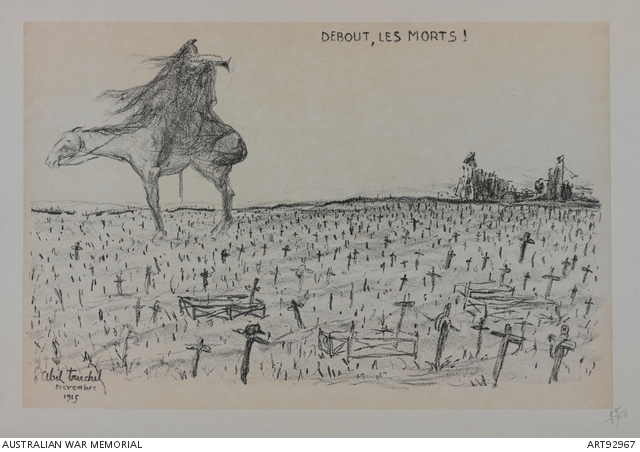 A man on a horse riding through a cemetery during the First World War where wooden crosses mark the graves, urging the dead to awake and arise. A town is seen in the background. Louis Abel-Truchet was born at Versailles, France, in 1857, and died in action on the Western Front on 9 September 1918. He was a well known French painter, etcher and lithographer who studied in Paris with two highly renowned teachers, Jules Lefebvre and Benjamin Constant. He began exhibiting at the Paris Salons about 1891.