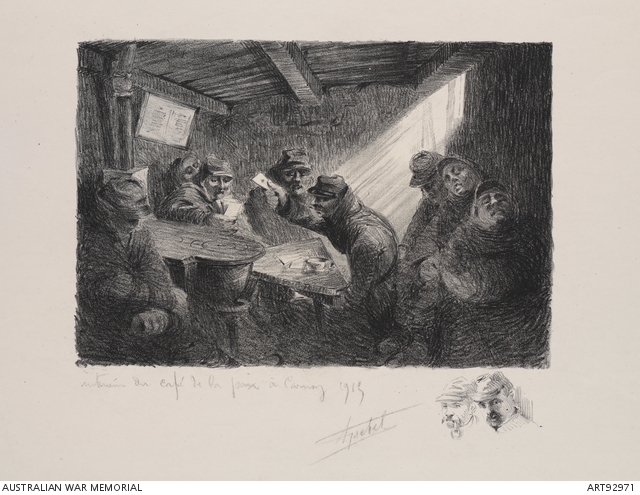 Interior of a cafe called the Peace cafe in the trenches at Carnoy in France, 1915, during the First World War. In the margin lower right the artist has drawn miniature portraits of the faces of two of the soldiers. Louis Abel-Truchet was born at Versailles, France, in 1857, and died in action on the Western Front on 9 September 1918. He was a well known French painter, etcher and lithographer who studied in Paris with two highly renowned teachers, Jules Lefebvre and Benjamin Constant. He began exhibiting at the Paris Salons about 1891.