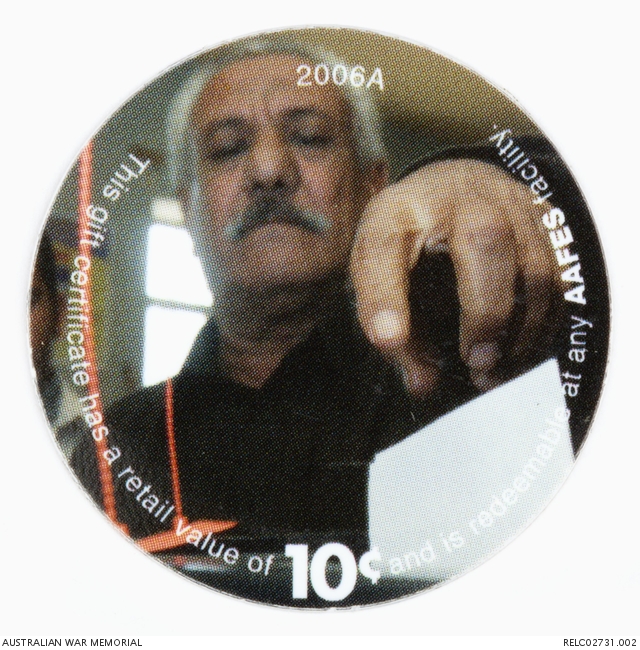 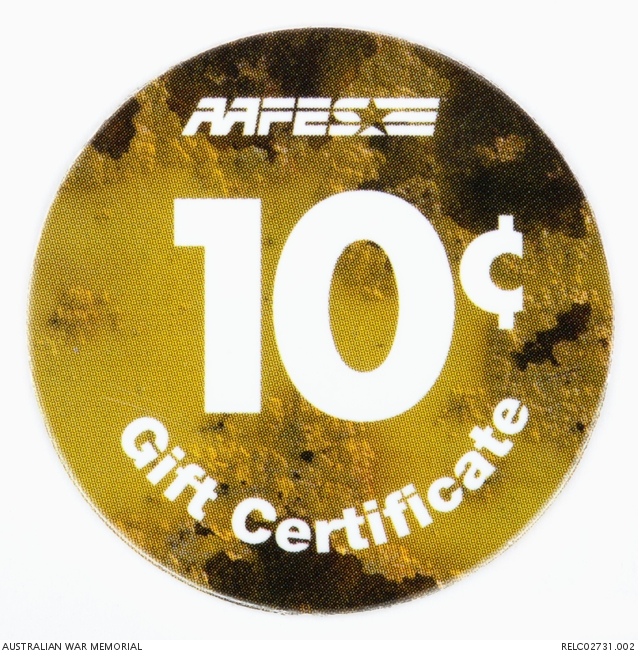 Coated paper AAFES 10 cent gift certificate, series 2006A. The obverse has a colour image of a grey-haired man with what appears to be a ballot paper. The reverse is ochre-pattern background with 'AAFES 10c Gift Certificate' in white text. This token has been circulated.

Robert Nugent is a documentary film maker with a background in post-conflict development. Nugent was born in Albury, New South Wales in 1958. He has worked for United Nations as an environmental consultant in the Near East and South East Asia, and as environmental officer for the Central Land Council. In 2002-2003 Nugent gained a Master of Arts in Documentary Production from the Australian Film Television and Radio School. As cameraman and interviewer, Nugent has contributed to the 'Australians At War' Film Archive. In 2004, he established Visible Impact Assessment (VIAfilm), a production company specialising in social documentary. Robert Nugent was the first official cinematographer to be commissioned by the Australian War Memorial. He was sent to record Operation Catalyst in Iraq in 2006. He left Australia on 4 April for Kuwait and Iraq. While in Iraq he spent time in the capital, Baghdad as well as Camp Smitty in the southeast. Nugent returned to Australia in late April 2006. The Army & Air Force Exchange Service (AAFES) gift certificates collected by Nugent, are issued for use in AAFES facilities in the United States and abroad.