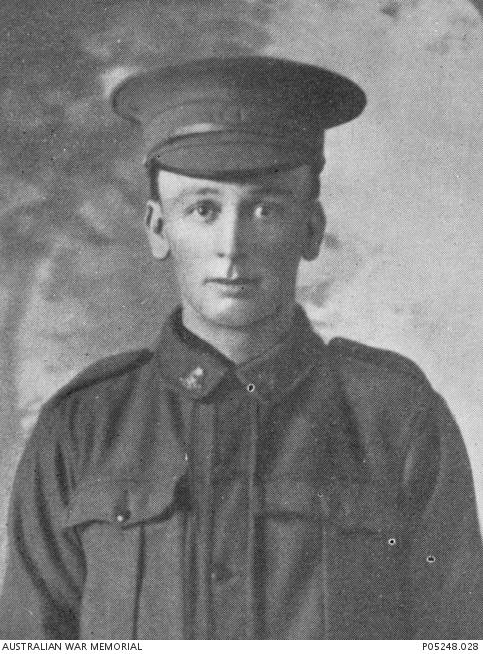 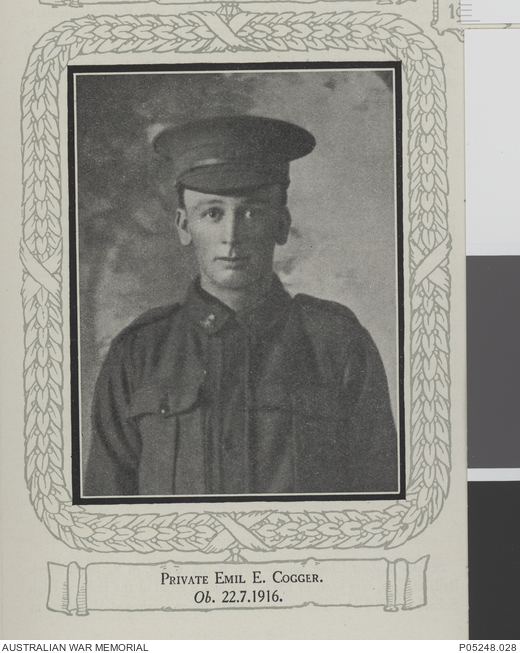 Studio portrait of 3783 Private Emile Ernest Cogger, 23rd Battalion of Green Hills via Kyneton, Victoria. A school teacher prior to enlisting, he embarked from Melbourne aboard HMAT Warilda (A69) on 8 February 1916. Shortly after arriving in France on 21 March 1916, he became ill with tonsilitis and was evacuated to the United Kingdom where he died on 22 July 1916, in the Connaught Hospital, Aldershot, United Kingdom, aged 20. He is buried in the Brookwood Military Cemetery, United Kingdom.