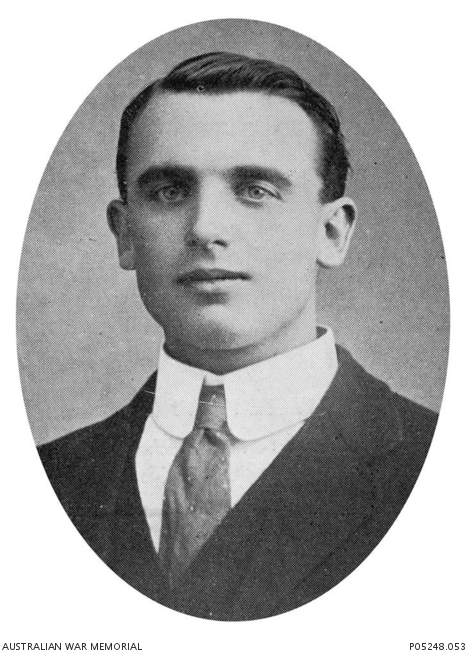 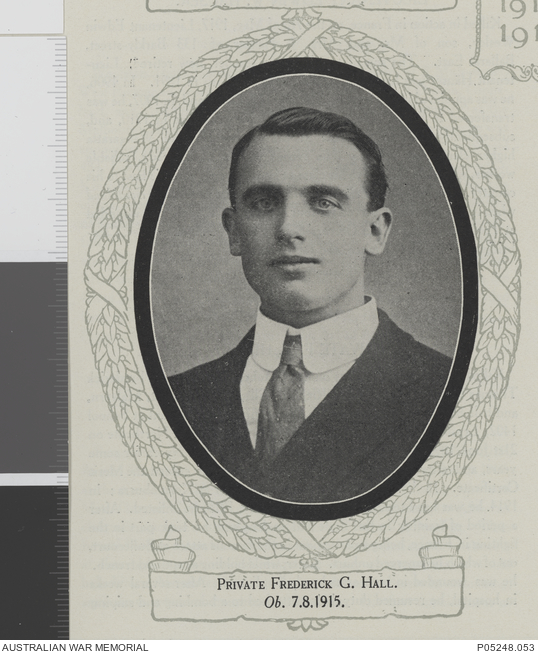 Studio portrait of 760 Private (later Trooper) Frederick George Hall, 8th Light Horse Regiment of Charam via Goroke, Victoria. A school teacher prior to enlisting, he embarked from Melbourne aboard HMAT Pera (A4) on 8 February 1915. He was killed in action on the Gallipoli Peninsula, Turkey on 7 August 1915, aged 24. He has no known grave and is remembered with honour on the Lone Pine Memorial, Gallipoli, Turkey.