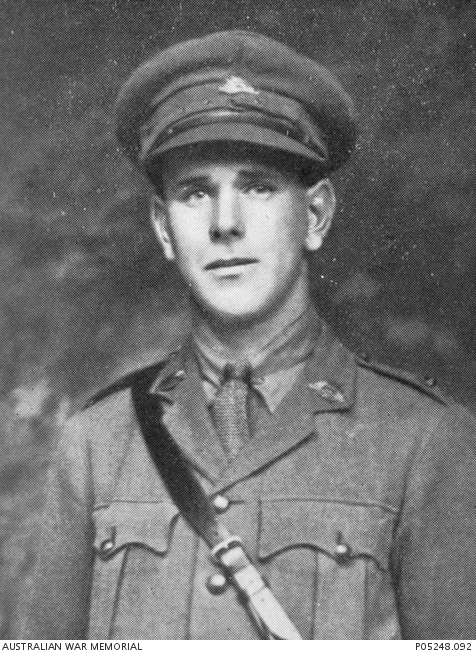 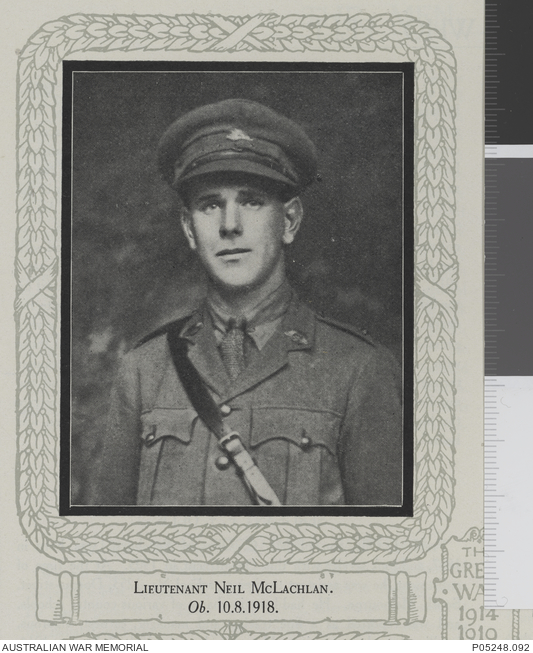 Studio portrait of Lieutenant (Lt) Neil McLachlan, 6th Battalion of Meredith, Victoria. A school teacher prior to enlisting, he embarked with the 6th Battalion from Melbourne aboard HMAT Ceramic (A40) on 23 November 1915, as 3878 Private (Pte) McLachlan. He was appointed to a commissioned rank on 6 December 1917. On 10 August 1918, he was killed in action during operations at Rosieres Ridge, France, aged 23. He is buried in the Rosieres Communal Cemetery Extension, France. Lt McLachlan was awarded the Military Cross for his actions during the attack on Glencourse Wood on 20 September 1917 when "he led his platoon with great dash and determination against an enemy strong post which was holding up his platoon on the left. He engaged it from the flank and captured it with 22 prisoners." Lieut McLachan's elder brother, 4767 Pte John James Mclachlan, was killed in action on 13 November 1916, during the Battle of the Somme, France.