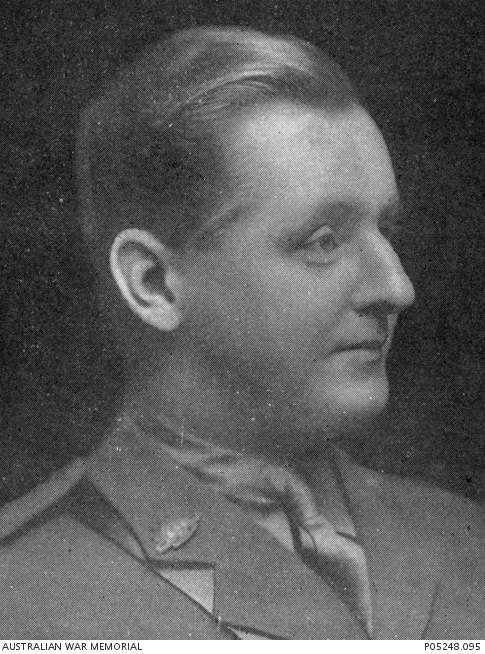 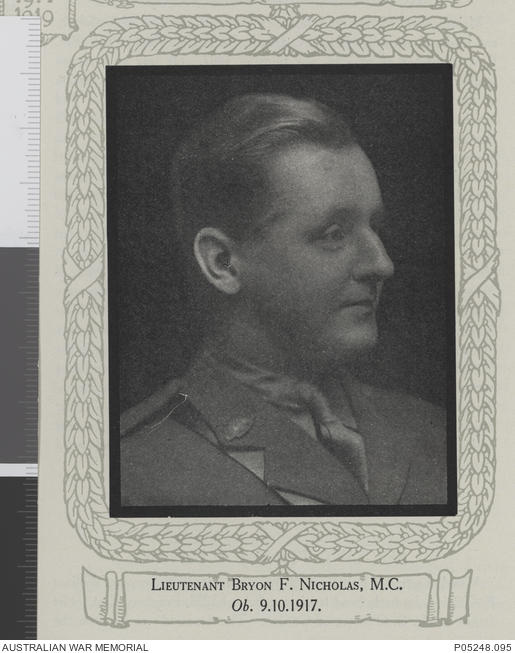 Studio portrait of Lieutenant Byron Fitzgerald Nicholas, 24th Battalion of Trafalgar, Victoria. A school teacher prior to enlisting, he embarked from Melbourne aboard HMAT Persic (A34) on 28 May 1915 as 370 Private Nicholas, 13 Light Horse Regiment. He was appointed to commissioned rank on 21 November 1916. On 9 October 1917, during the attack on Daisy Wood, Belgium, he was killed in action, aged 24. He has no known grave and is remembered with honour on the Ypres (Menin Gate) Memorial, Belgium. On 11 May 1917 he was posthumously awarded the Military Cross for his actions on 17 March 1917 against enemy positions on the Bapaume Ridge. "At considerable personal risk, he pushed out and dug in 2 standing patrols. During the enemy counter attack at night, this officer handled one of his standing patrols so as to give valuable assistance to Lt. Fawcett in repelling the enemy attack".