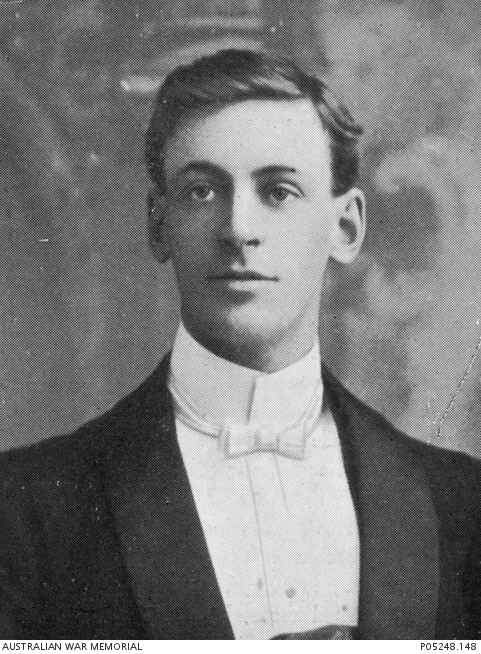 Pre-enlistment studio portrait of 3168 Fred Rankin Wrigley, later Lance Corporal (L Cpl) 60th Battalion of Scarsdale, Victoria. A school teacher prior to enlisting, as Private Wrigley, 37th Battalion, he embarked from Melbourne aboard HMAT Ballarat (A70) on 19 February 1917. On 27 April 1918, he was killed in action near Villers-Bretonneux, France, aged 33. L Cpl Wrigley has no known grave and is remembered with honour on the Villers-Bretonneux Memorial, France. Just prior to his death, he was mentioned in despatches by Brigadier-General Elliott for his courage and devotion to duty during the advance on Villers-Bretonneux.