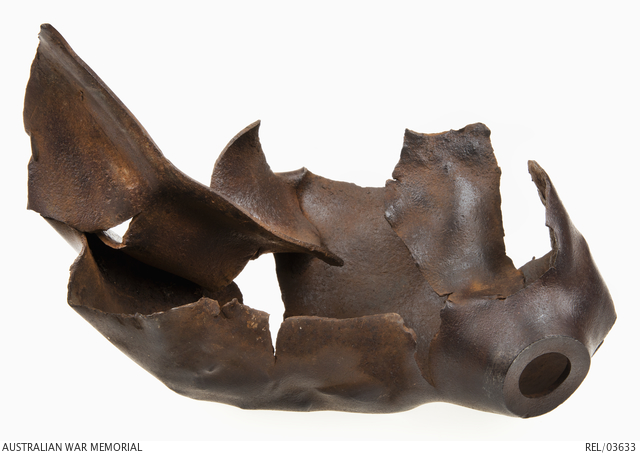 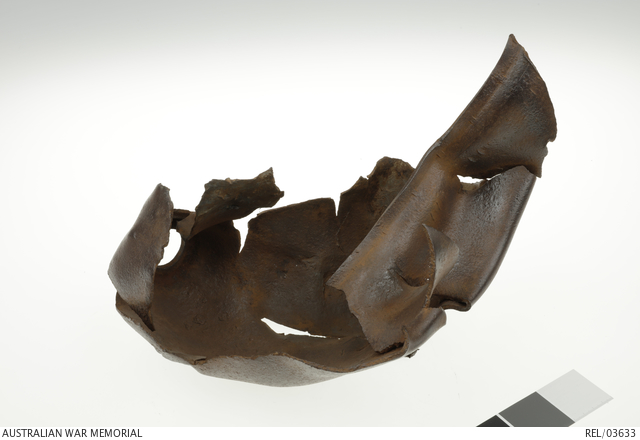 Melbourne born Robert Andrew Buntine was educated in Scotch College before gaining his medical degree at Melbourne University circa 1891. He later acted as ship’s surgeon on a vessel carrying gold prospectors to the Transvaal and eventually set up practice in Pietermaritzberg, Natal. A popular local, he went on to become a member of parliament.

Buntine served with distinction as a surgeon with the Natal Carbineers during the Boer War. He was mentioned in the despatches of General Sir George Stewart White for his courage near Rietfontein in October 1899 when he rescued a wounded carbineer under heavy fire. He was present during the siege of Ladysmith and collected this fragment from a shell fired into the town on Christmas Day 1899.

Buntine and one of his daughters, Jessie, drowned on their return from England when the 'Galway Castle' was torpedoed by a German submarine on 12 September 1918.