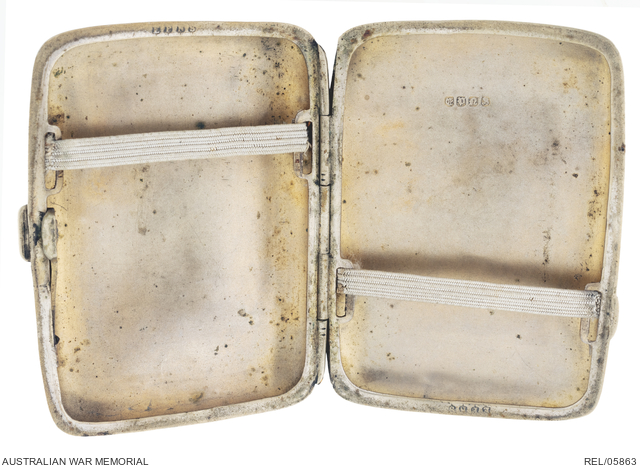 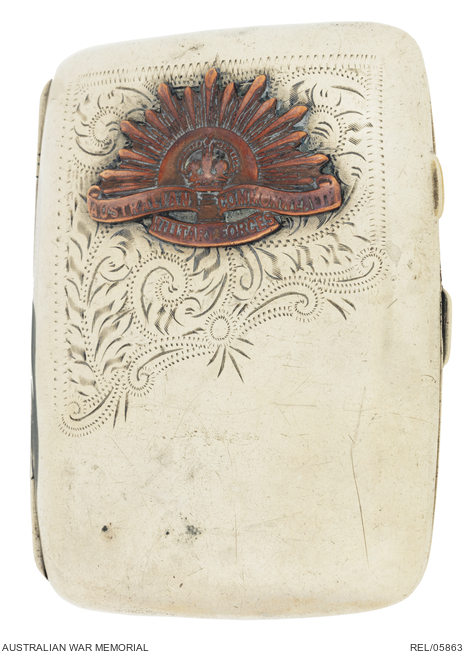 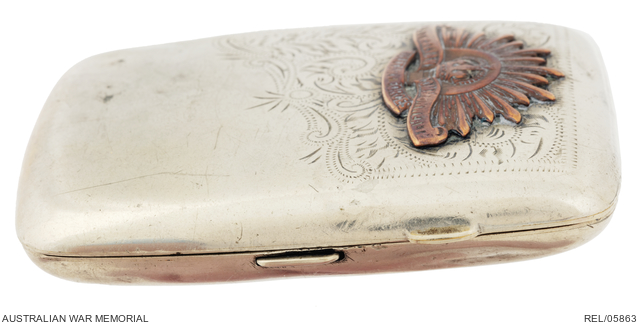 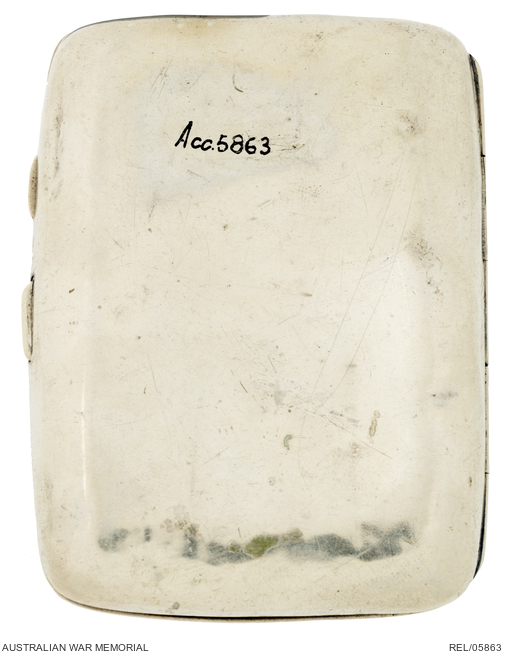 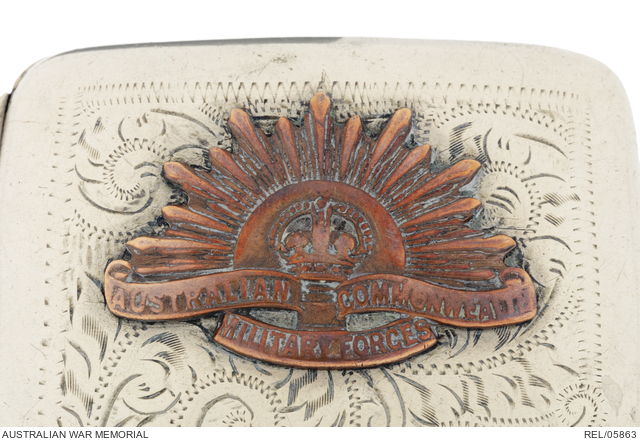 Rectangular hinged cigarette case made from electro-plated nickel silver on brass. The front of the case is decorated with a floral engraving, over which a copper Rising Sun badge has been soldered; the badge has been highly polished. The interior of the case is equipped on both sides with a length of elastic to retain the cigarettes; there are traces of tobacco. There are also several 'EPNS' impressions on the two sides.

Cigarette case used by 33296 Driver Harold Benjamin Edgcumbe, a 25 year old electrical mechanic of Malvern, Victoria who enlisted on 30 September 1916 at Melbourne. He embarked from Australia on 11 May 1917 and after training at Larkhill in the UK, crossed to France on 13 September 1917 to serve with the 12th Battery, Australian Field Artillery. In late 1917 he transferred to 47th Battery and qualified as a battery fitter. He served in Belgium and France and was involved in the 8 August 1918 offensive. He was discharged in late 1919.
This case has been altered by soldering a polished copper Rising Sun collar badge over the engraved design.