Studio portrait of RAF bomber crew with airmen from all over the Commonwealth. Identified, left ... 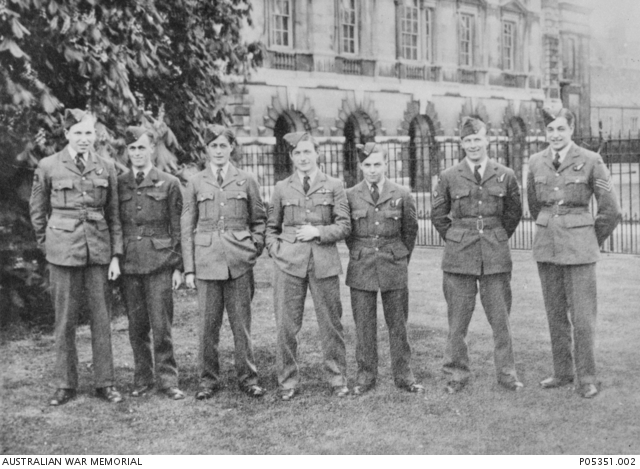