Compiègne, France. A postcard of French and English representatives beside a train carriage ... 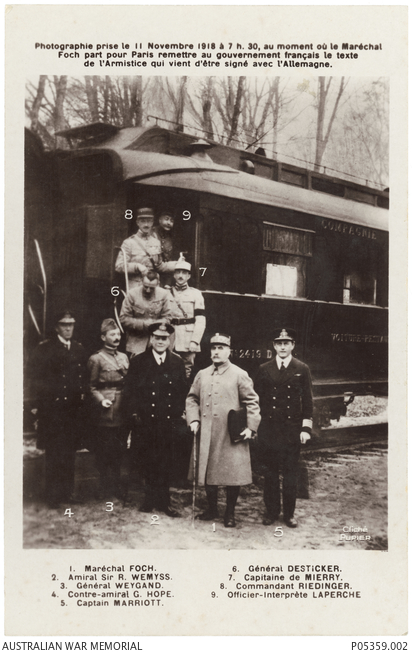 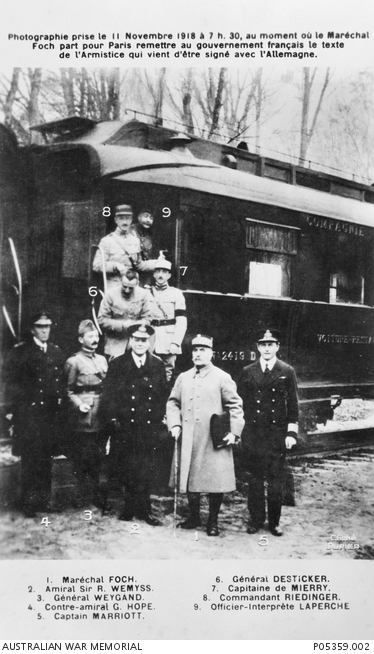