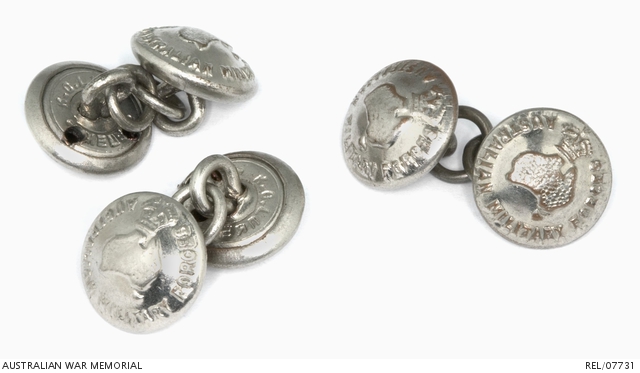 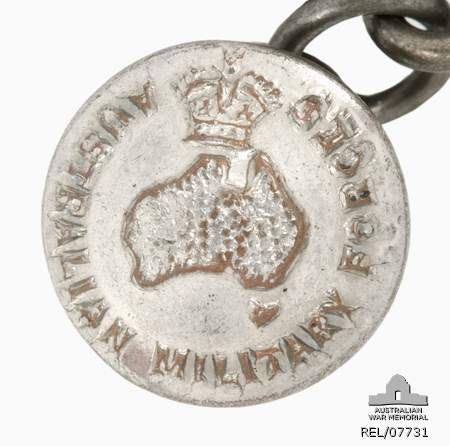 Three white metal cuff links in the form of linked white metal buttons. In the centre of each cufflink is an image of Australia with a crown above it and the words 'AUSTRALIAN MILITARY FORCES'.

Associated with the service of VX58779 Lieutenant (staff nurse) Jean Barclay. Barclay was born at Wonthaggi, Victoria on 18 August 1916. She enlisted into the Australian Army Nursing Service on 1 July 1941 and served in the Hospital Ship Wanganella throughout the war. She was discharged on 17 March 1944. Barclay married Lance Corporal Eric Kenneth Treadwell during the war. The button cufflinks would have been worn with starched white cuffs as part of mess dress.