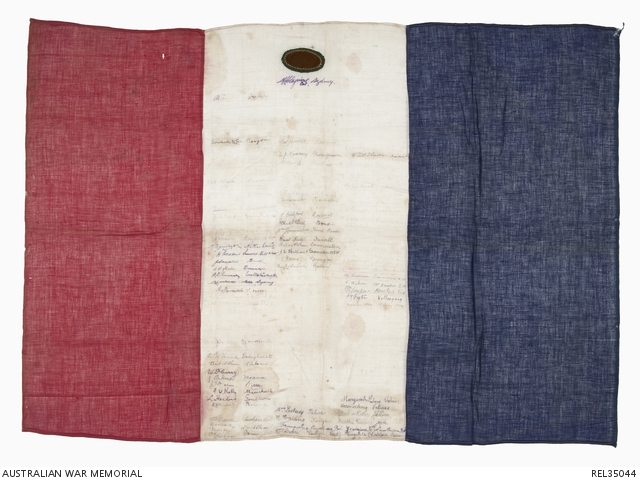 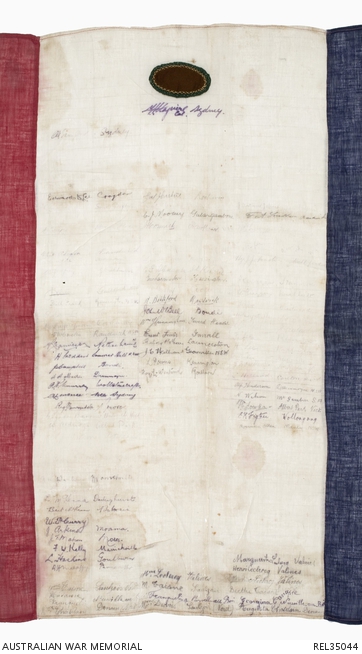 French flag comprised of vertical sections of blue (hoist), white and red fabric sewn together. Sewn to the back of the white section is the brown oval colour patch of the Australian Army Medical Corps 3 Australian Division. The colour patch has an unusual green knitted background which is thought to represent 9 Australian Field Ambulance as stretcher bearers of this unit distinguished themselves by wearing a green band on their left sleeve. Written below the colour patch are the signatures and home towns of members of 9 Australian Field Ambulance and a number of residents from the French towns which the unit visited.