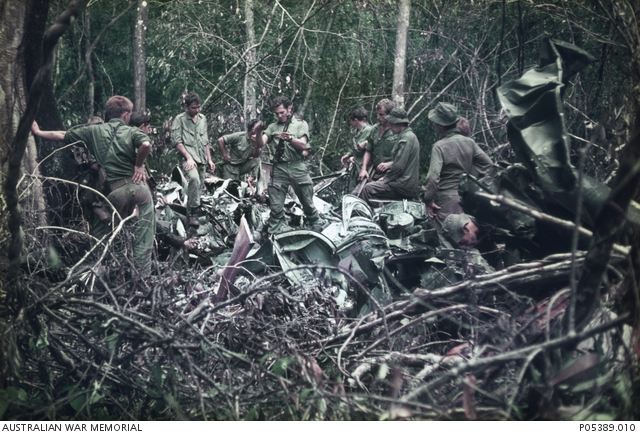 Sappers from 2 Field Troop, 1 Field Squadron, Royal Australian Engineers (RAE), inspect the remains of Bell UH-1 Iroquois helicopter of 9 Squadron RAAF. On 7 June 1971, while undertaking a resupply mission for troops engaged on Operation Overlord, the helicopter crashed in the jungle after being hit by ground fire. The captain, O316996 Flight Lieutenant Everitt Murray Lance, and the gunner, A317809 Corporal David John Dubber, were killed in the crash, while two other crewmen escaped with relatively minor injuries. The sappers later used C4 explosive to destroy the wreckage to prevent any part of it from falling into enemy hands.