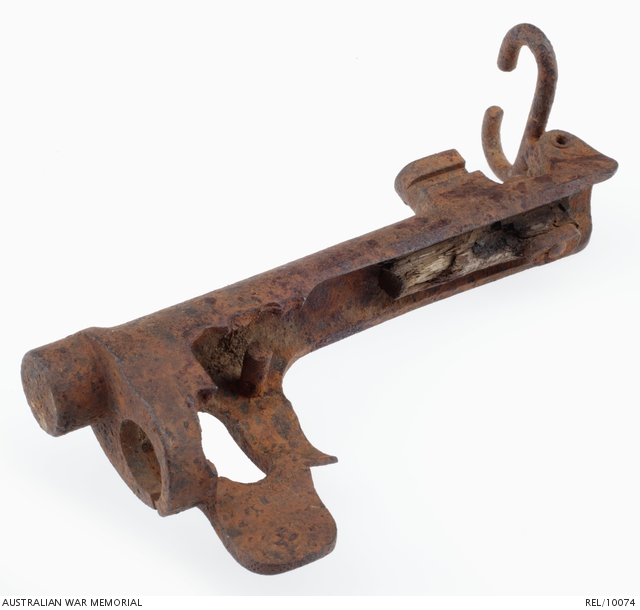 Rusted nosecap from a Short Magazine Lee Enfield rifle. The right wing of the nosecap has broken off. There is a crack in front of the left fore sight protector. A small broken piece of the stock is present in the nosecap, near the rear end. The wood is charred in places.

This rifle nosecap was collected by members of the Australian War Records Section (AWRS) or the Australian Historical Mission (AHM). A small party of AWRS staff, led by Lieutenant William Hopkin James, worked on Gallipoli between December 1918 and March 1919, taking photographs and collecting items for the national collection. The AHM, led by Official Historian C E W Bean, visited Gallipoli from February to March 1919 to collect items for the nation, to record the area through artworks and photographs, and to explore the battlefields to answer some of the 'riddles of Anzac' for the Australian official history of the war.