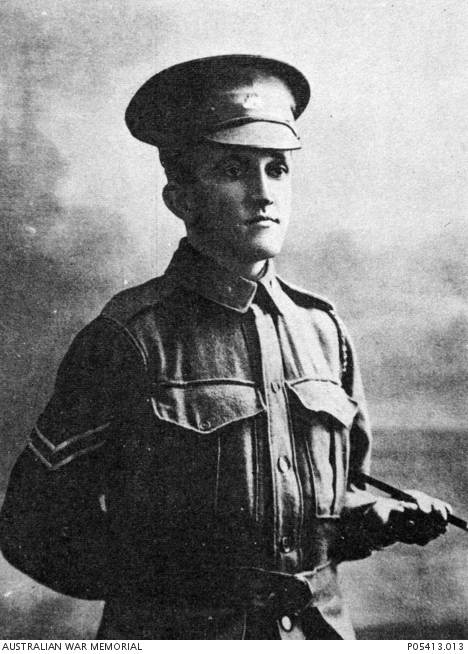 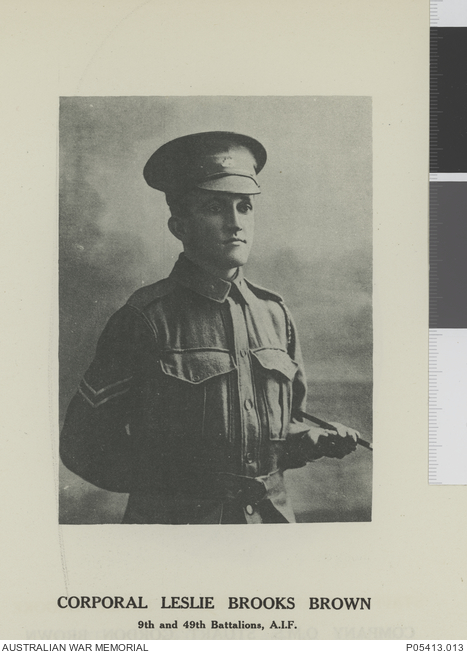 Studio portrait of 6712 Private Leslie Brooks Brown, 49th Battalion, of Brisbane, Qld. A bank clerk prior to enlistment, he embarked from Brisbane on HMAT Marathon (A74) on 27 October 1916 with the 9th Battalion. He was killed in action near Corbie, France on 10 April 1918, aged 23. He is buried in the La Neuville Communal Cemetery, Corbie, France.