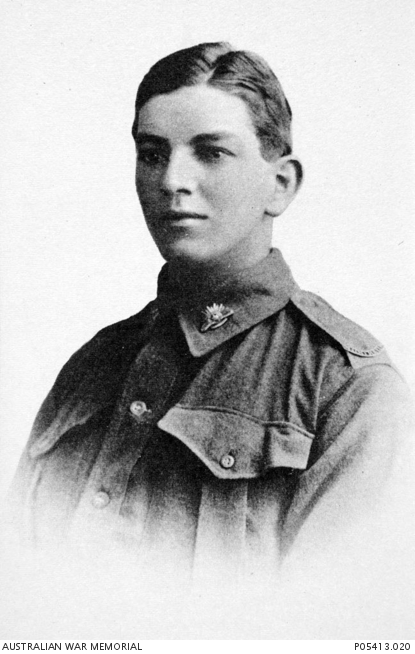 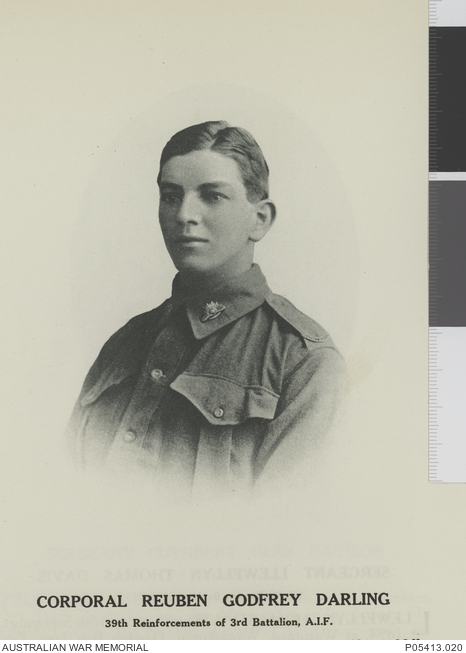 Studio portrait of 2066 Private (later Corporal) Reuben Godfrey Darling, 39th Battalion of Ballarat, Vic. A bank clerk prior to enlisting, he embarked from Sydney aboard HMAT Shropshire (A9) on 25 September 1915. He was killed in action near Zonnebecke, Belgium on 4 October 1916 aged 23. He has no known grave and is remembered with honour on the Ypres (Menin Gate) Memorial, Belgium. His cousin, 1316 Pte Joseph William Darling was killed in action at Gallipoli, Turkey on 12 August 1915.