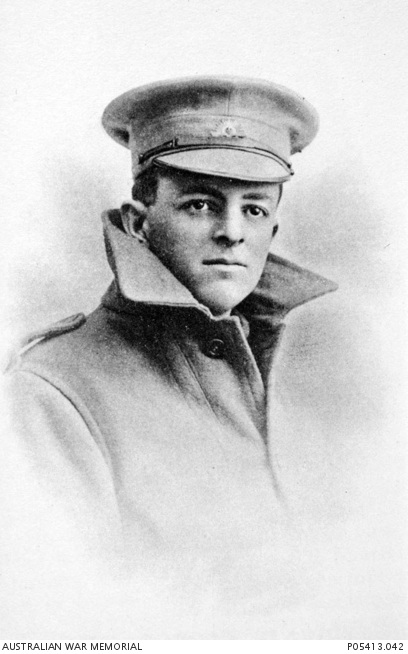 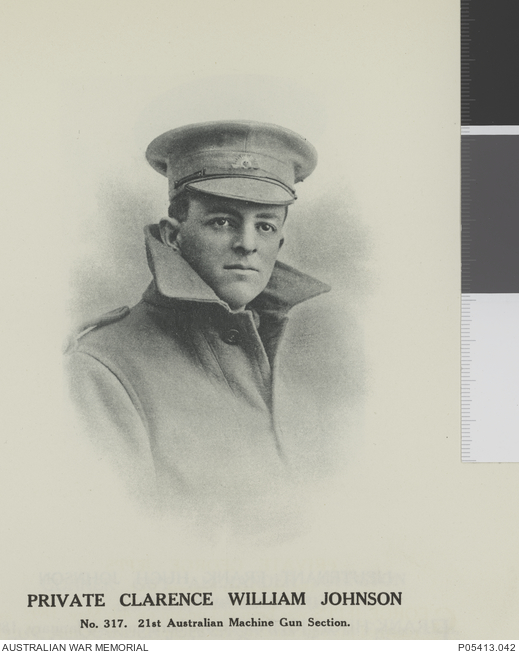 Studio portrait of 317 Private Clarence William Johnson, 10th Machine Gun Company (later 21st Machine Gun Corps) of Corowa, NSW. A bank clerk prior to enlisting, he embarked from Melbourne aboard HMAT Commonwealth (A73) on 19 September 1916. On 21 September 1917, aged 23, he was wounded in action at Ypres, Belgium and died of his wounds on 22 September 1917, in the 3rd Canadian Casualty Clearing Station, Belgium. He is buried in the Lijssenthoek Military Cemetery, Belgium.