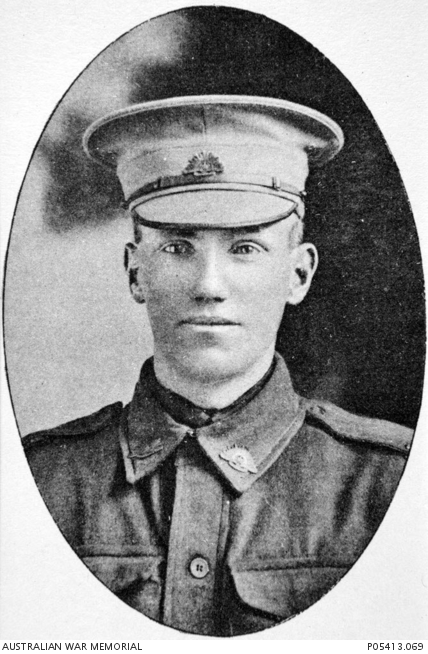 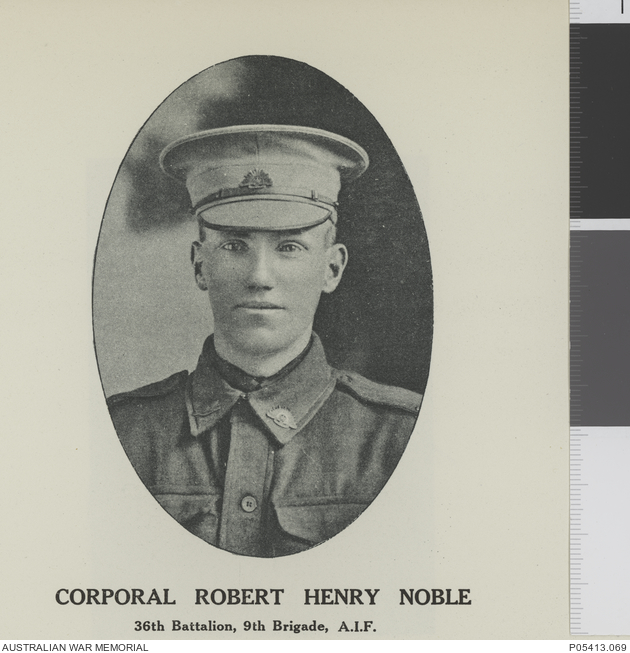 Studio portrait of 2913 Private (later Lance Corporal) Robert Henry Noble, 36th Battalion of Belmore, NSW. A bank clerk prior to enlisting, he embarked from Sydney aboard HMAT Beltana (A72) on 25 November 1916. On 12 October 1917, aged 26, he was killed in action at Passchendael, Belgium. He is buried in the Dochy Farm New British Cemetery, Belgium.