Do your bit - buy...war savings certificates 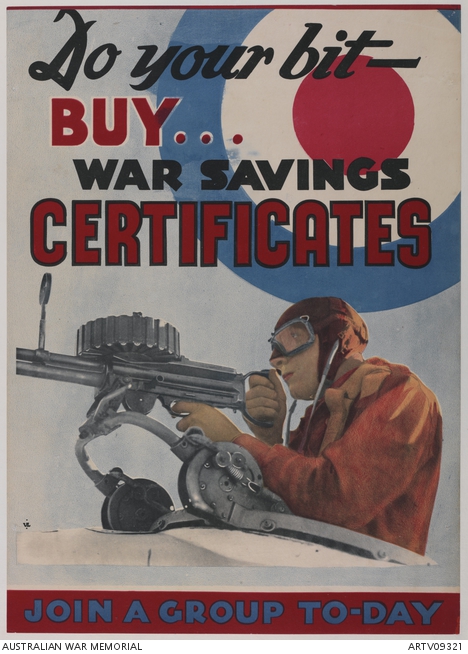 The poster relates to the war savings programs that were established by the Commonwealth Government to support war expenditure during the Second World War.The poster depicts a gunner sighting a Lewis gun mounted on an aircraft turret. The airman wears goggles, a leather helmet and earphones and fills up the centre of the poster. The image is derived from a photograph and is muted in colour. However, the poster in general is more vibrant in its total effect. A British roundel which was used by the RAAF before 1951- printed in red and blue ink fills in the right corner of the poster. The main caption, 'Do your bit- BUY WAR SAVINGS CERTIFICATES', is written over the top of the roundel in saturated black ink. The text and roundel stand out from a mostly white ground.