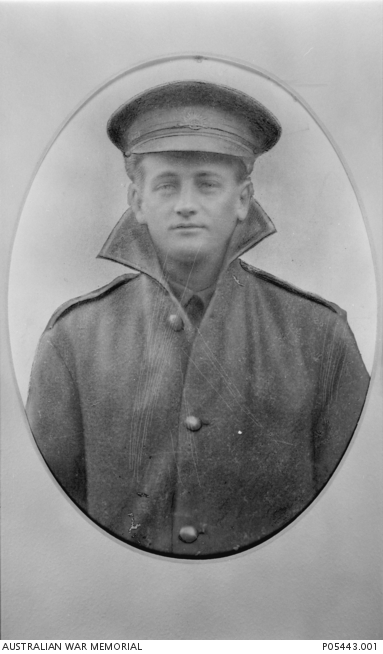 Studio portrait of 2866 Private Percival George Chandler, 32nd Battalion. A commercial traveller of Norwood, SA, he enlisted on 8 November 1915 and sailed with the 6th Reinforcements aboard HMAT Aeneas on 11 April 1916. He was killed in action, aged 29, on 6 March 1917 and is buried at Bancourt British Cemetery, France.