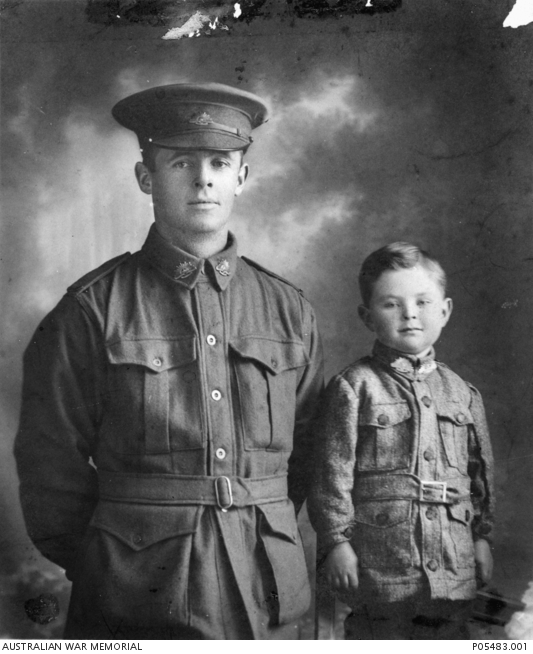 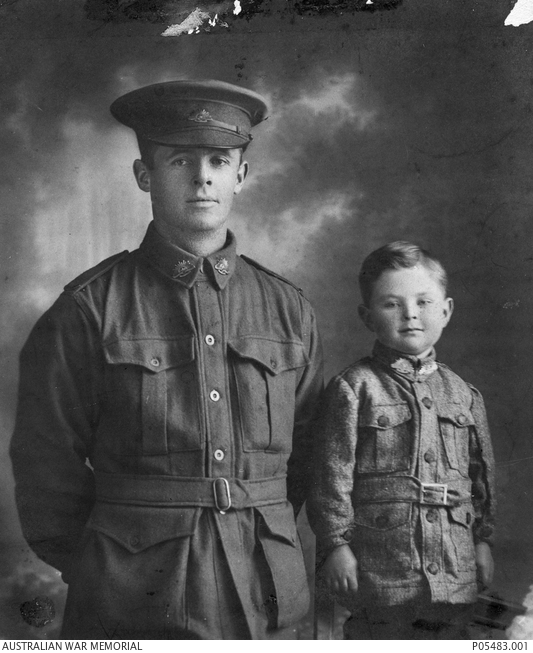 Studio portrait of 1626 Private (Pte) Walter Henry Chibnall, 10th Light Trench Mortar Battery, pictured with his son William Beresford (Billy) Chibnall. A miner of Beaufort Vic, Pte Chibnall enlisted on 15 March 1916 and embarked on HMAT Ascanius with the 1st Reinforcements on 27 May 1916. He was transferred to the 10th Light Trench Mortar Battery on 7 August 1916 where he was promoted to Corporal (Cpl) on 15 September 1917. He was killed in action at Passchendaele, Belgium, on 12 October 1917, aged 32, when he and a comrade were hit by a shell while taking shelter in a crater. He is commemorated on The Ypres (Menin Gate) Memorial, Belgium. Serving with the number VX39948, Pte Billy Chibnall enlisted during the Second World War, serving with the 2/21st Battalion. He was taken prisoner of war and died, aged 30, on 20 February 1942 at Ambon.