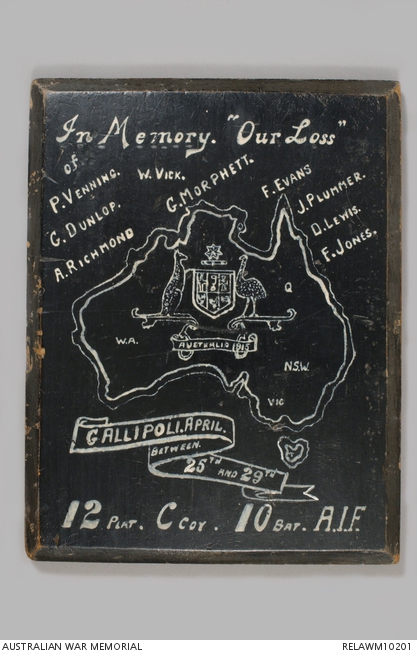 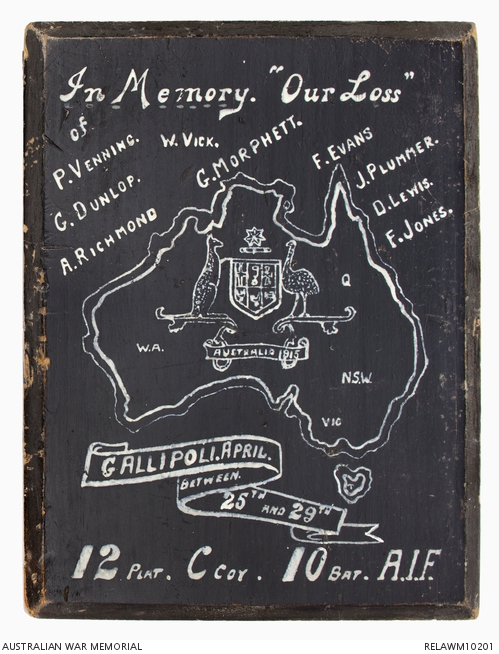 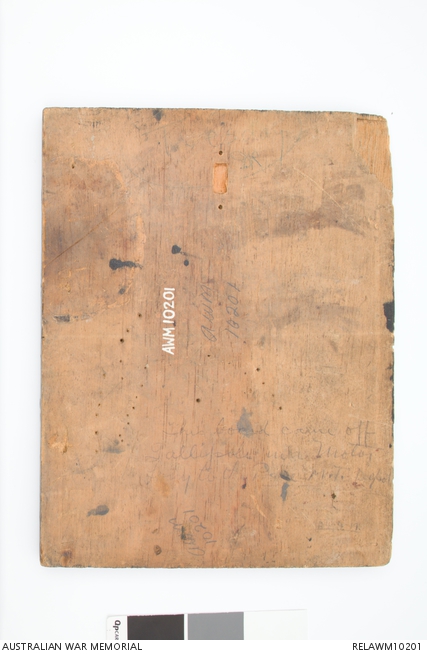 Black painted wooden memorial board bearing, in white paint, a map of Australia containing the Australian coat of arms above a ribbon reading 'AUSTRALIA 1915' and several state names. the map is surrounded by the names of nine deceased members of 12 Platoon, C Coy, 10 Battalion, AIF. The text on the board is as follows: 'In Memory "Our Loss" of P. Venning G. Dunlop A. Richmond W. Vick G. Morphett F. Evans J. Plummer D. Lewis F. Jones'. A ribbon below the map contains the words 'GALLIPOLI April Between 25th and 29th 12 Plat. C Coy. 10 Bat. A.I.F.' The reverse of the board has several AWM Accession markings, and is inscribed in pencil 'This board came off Gallipoli with Motor Lorry to the Base M.T. Depot 24-4-1919'.

Although they are listed on the plaque as being members of 12 Platoon, C Coy, the 10 Battalion embarkation roll lists them all as being in B Company. Possibly the change from an eight to a four company battalion layout, introduced in Egypt before the Gallipoli landings to comply with the British system, may account for this.