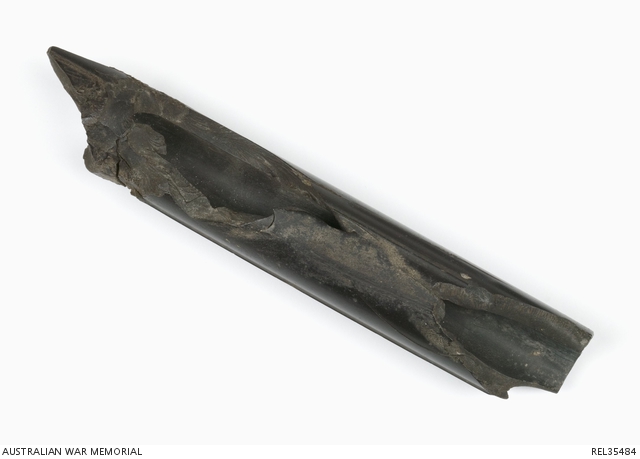 Part of the fuse from the satchel charge used to damage the 105 mm gun at Fire Support Base Coral. It is a broken tubular piece of bakelite about 145 mm long and 27 mm in diameter.

Part of the fuse from the satchel charge used by troops of the North Vietnamese 7th Division to damage the 105 mm gun at Fire Support Base (FSB) Coral. On the night of 12/13 May 1968 FSB Coral was attacked at about 3.30 am following a brief but intense rocket and mortar barrage. The 1RAR mortar platoon position was over-run, along with one of the 102 Field Battery's six 105 mm M2A2 howitzers in the base. With the aid of extensive air support, the attack was beaten off by 6.30 am and the captured gun-pit was retaken - still with the gun in it (this howitzer is now in the Memorial's collection). Eleven Australians were killed and 28 wounded, while the attackers lost more than the 52 bodies they left behind. A further three Australians died in patrol clashes on the 14 May. This item was collected after the action by Sergeant Maxwell John Franklin, 102 Field Battery, 12 Field Regiment, Royal Australian Artillery.