Informal group portrait of members of of 159 Squadron, RAF, in front of Consolidated Liberator ... 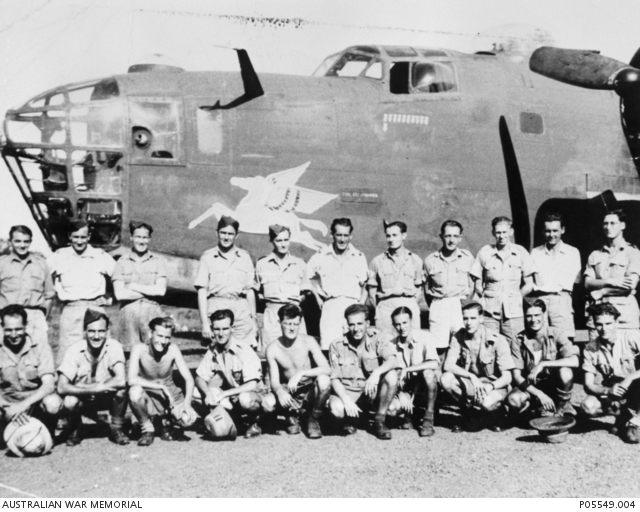 Informal group portrait of members of of 159 Squadron, RAF, in front of Consolidated Liberator bomber BZ926 'Pegasus'. Fourth from left in the rear row is 404487 Flight Lieutenant Thomas John O'Donohue DFM, RAAF. O'Donohue and the others in his crew were later killed in action over Rangoon, Burma, on 29 February 1944. As some other members of the crew are visible in the photograph, it is possible that it shows the air and ground crew. The other members of the air crew who were killed with O'Donohue were: Stanley William Chalcraft, Norman John Davis, Jack Harris, John William Frank King, Johannes Harmen Hendrik Lentz, John Donald Lomas, John Westermark and Flight Lieutenant Edward James Douglas Stanley (pilot).