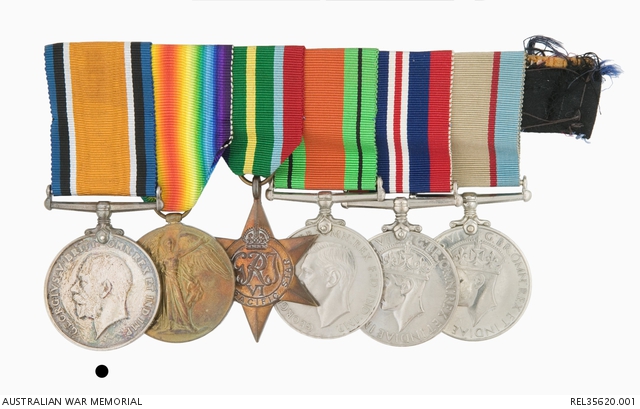 William Harold Thurlby was born at Daylesford, Victoria on 4 January 1900. He joined the Royal Australian Navy on 31 December 1913 when he entered the Royal Australian Naval College (RANC) in the second intake of cadet midshipmen. Thurlby completed his studies at RANC and attained the rank of midshipman on 1 January 1918. He was assigned to duties with the Royal Navy, serving in the battleship HMS Agincourt during the final year of the First World War. Based at Scapa Flow, the ship provided cover for Scandinavian convoys between Norway and Britain.

Thurlby spent further time on exchange duty with the Royal Navy, serving in HMS Concord in 1926 and 1927. He rejoined HMAS Brisbane for a second posting in 1928 and 1929. He served aboard the Sea Plane Carrier HMAS Albatross from 1929 to 1931, joining the vessel upon her commissioning. He was then based in Sydney for two years, nominally posted to HMAS Adelaide, which was in reserve.

Thurlby returned to Britain in the 1930s for service in RN minesweepers. He served in HMS Dundalk between 1933 and 1934 and was in command of HMS Sutton for a year from 1934. He then commanded HMS Hussar from 16 January 1935 to 1 August 1935 before returning to duty with the RAN in the newly commissioned HMAS Sydney, in September 1935. The Sydney spent the following year on the Mediterranean Station before returning to Australia. Thurlby travelled to England in 1938, where he undertook Boom Defence Training. He returned to Australia and was serving in Navy Office in Melbourne when war broke out in 1939.

In 1940 Thurlby was appointed to the shore establishment HMAS Melville in Darwin as officer in charge of the Boom Defence. His health was affected by tropical conditions and he was posted to Melbourne as Director of Boom Defence on 3 February 1942, just before the first Japanese attack upon Darwin. He remained in this position until the end of the in 1945. Thurlby retired from the RAN on 15 July 1955.