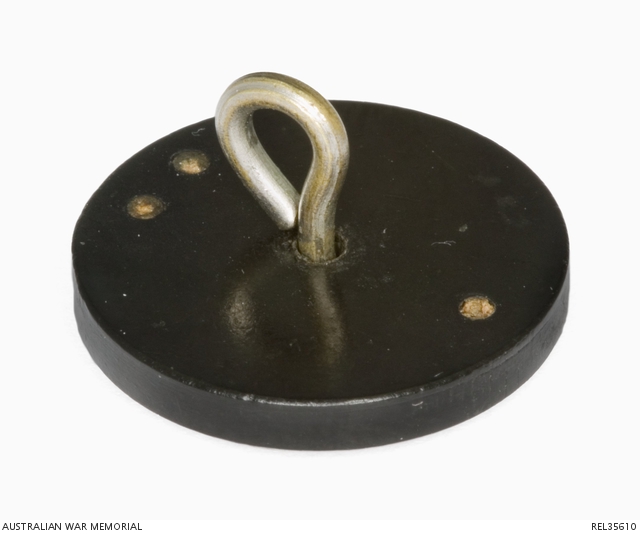 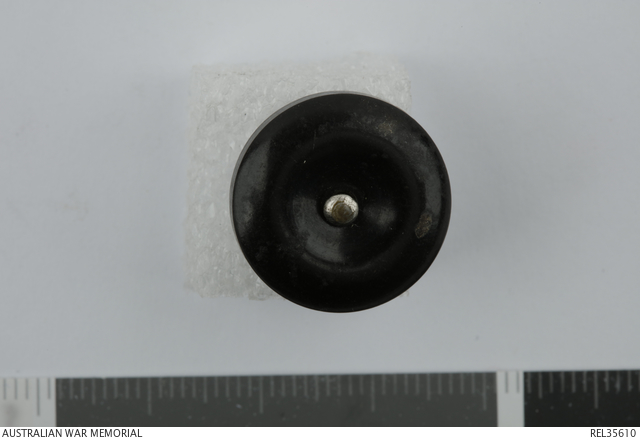 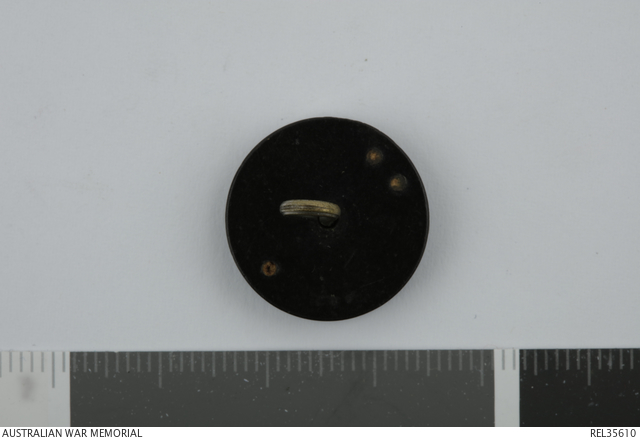 Black Bakelite escape compass button with centre attachment eyelet and orientation dot-markings on reverse. A magnet is embedded in the Bakelite.

This button was collected by QFX22816 Sister Sylvia Muir during her time as a Prisoner of War of the Japanese in Sumatra and Banka Island. Sylvia Jessie Mimmie Muir was born at Longreach, Queensland on 24 August 1915 and enlisted in the Australian Army Nursing Service (AANS) on 29 May 1941. Soon after Sister Muir sailed for Singapore with the 2/13 Australian General Hospital aboard the Hopital Ship Wanganella. With 64 other AANS nurses, Sister Muir was evacuated from Singapore on 12 February 1942 aboard The Vyner Brooke. She survived the sinking of The Vyner Brooke and became a Prisoner of War of the Japanese in Sumatra for the remainder of the war. After liberation, Sister Muir returned to Australia aboard the Hospital Ship Manunda, arriving home in October 1945. Sister Muir received her discharge from the AANS in May 1946.