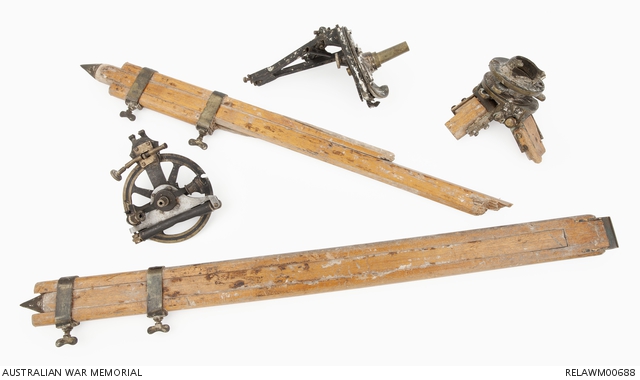 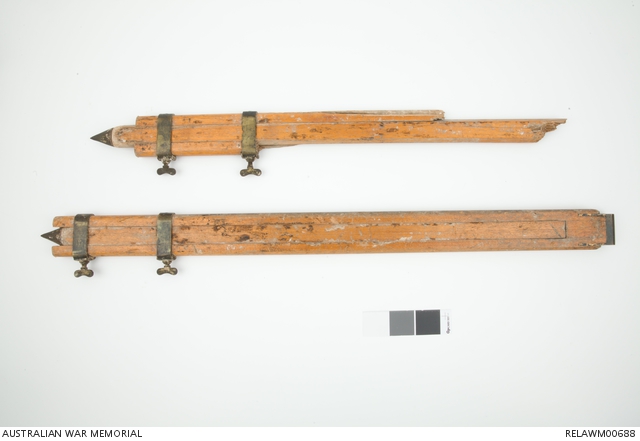 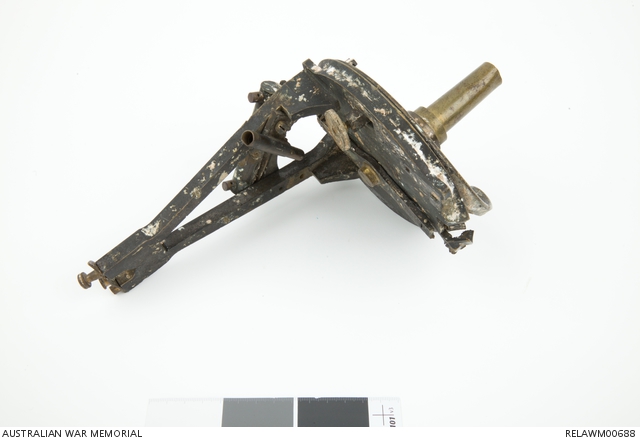 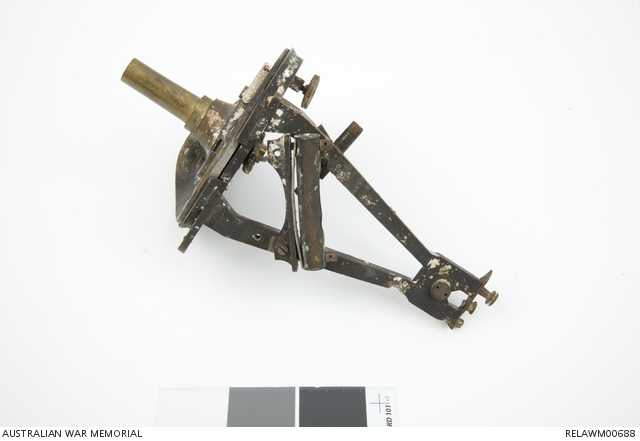 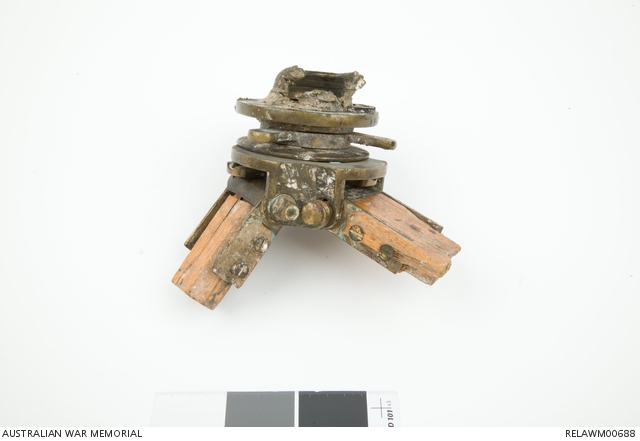 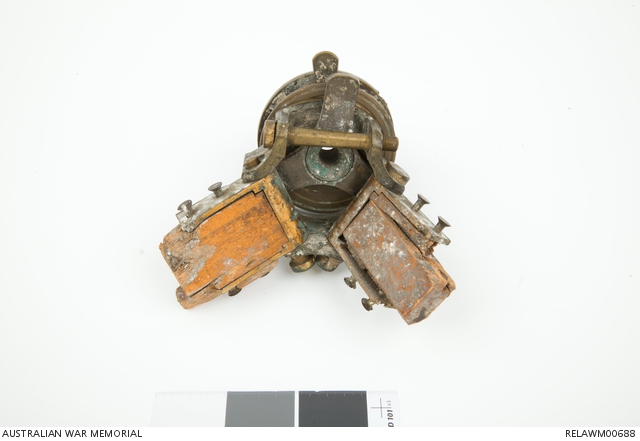 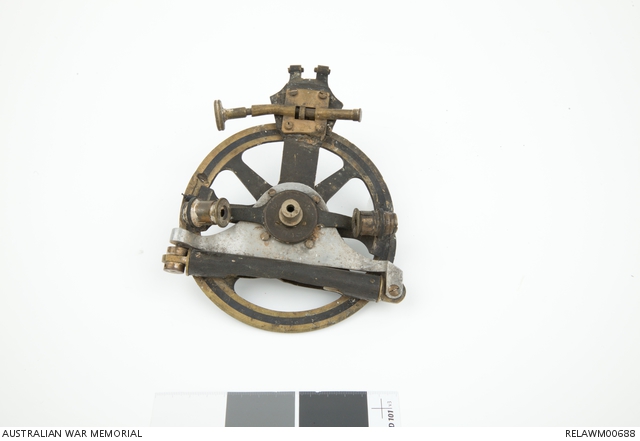 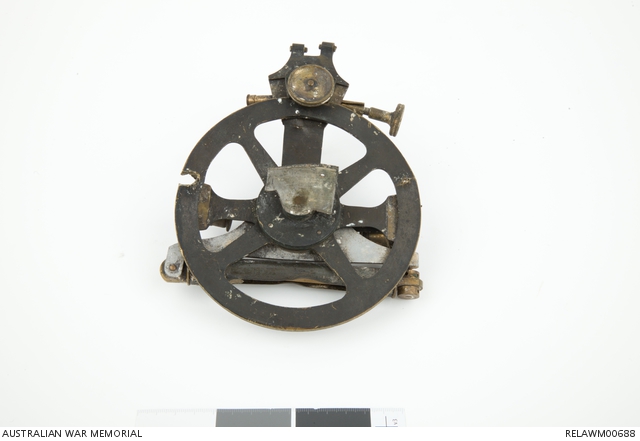 The broken remains of a Theodolite and tripod, shattered into five pieces of metal and wooden components.

Used by Lieutenant Hugh Russel and Sapper Joe Carden of the 3rd Australian Tunnelling Company. Russel and Carden were surveying positions for a new tunnel system at Hill 70 near Lens on 22nd January 1918. A German shell exploded nearby and killed Carden and seriously wounded Russel (who would die shortly afterwards). Their comrades preserved the remains of their theodolite and tripod in memory of the men.