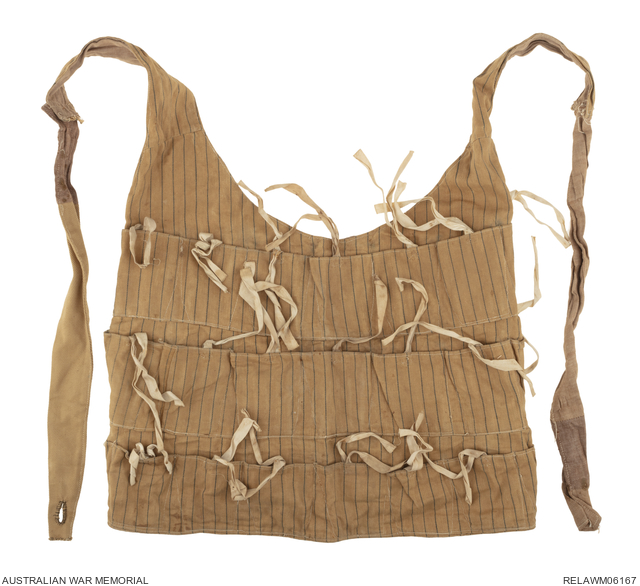 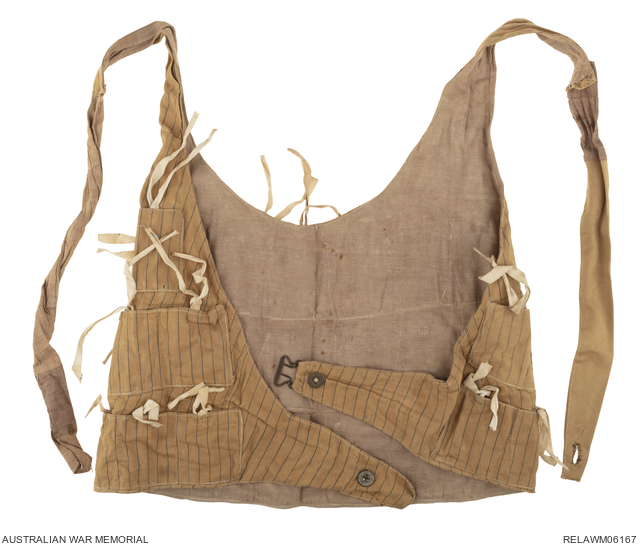 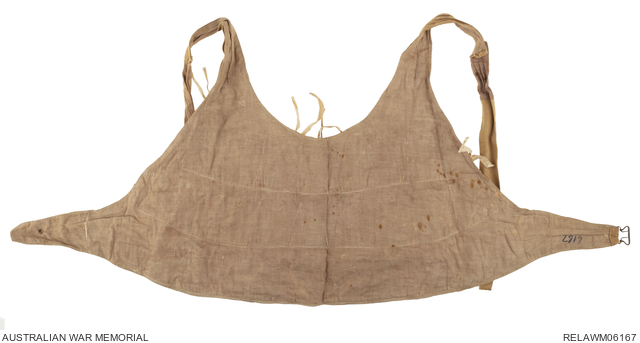 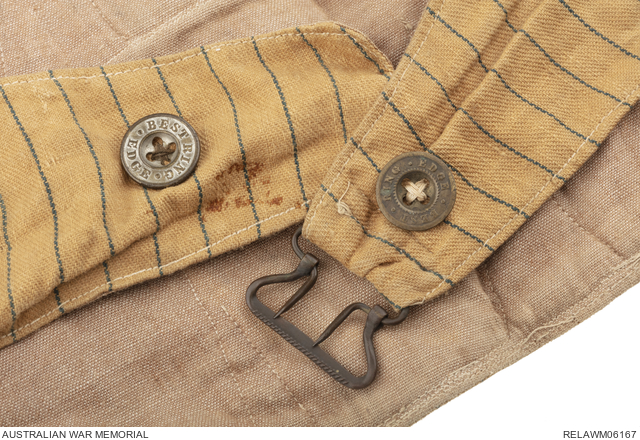 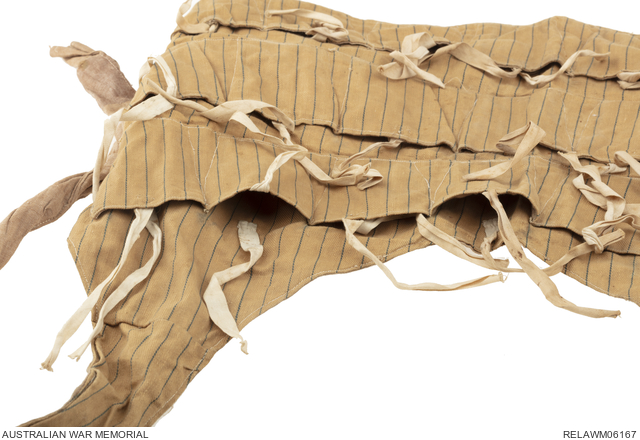 Ammunition waistcoat featuring thirty pockets for storing ammunition. Waistcoat is made from a mustard coloured, pinstriped cotton and features a large main body and two shoulder straps, which button back onto the opposing side of the main body at the rear.

Taken off a Boer Commando who was captured at Luckhoff, in the Orange Free State, on 5 March 1901. It was acquired by a Doctor J H Saunders, who was serving as a civilian surgeon with the Royal Army Medical Corps.