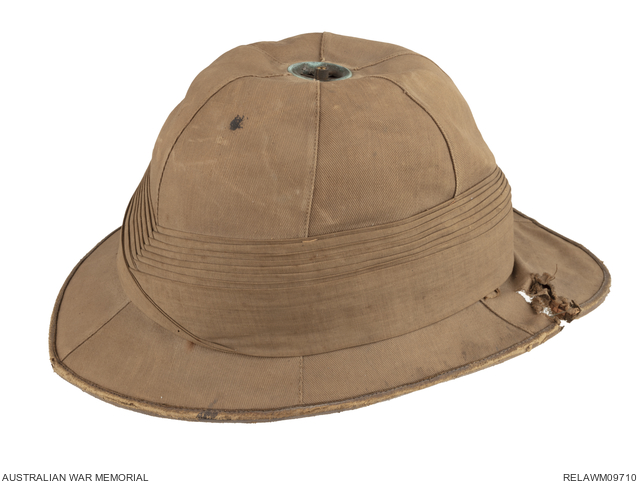 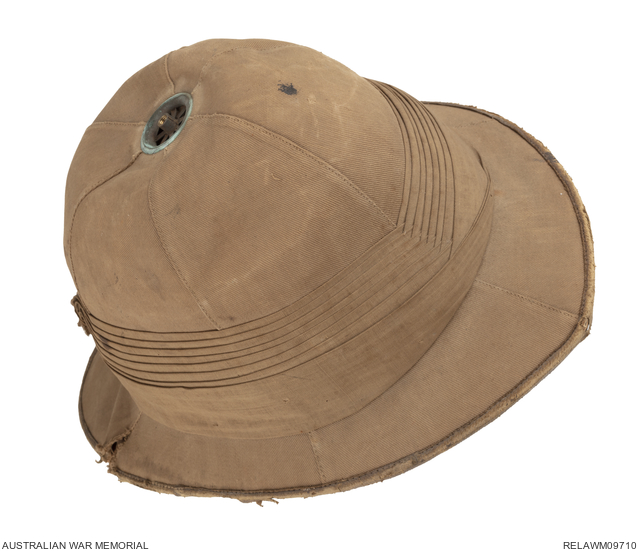 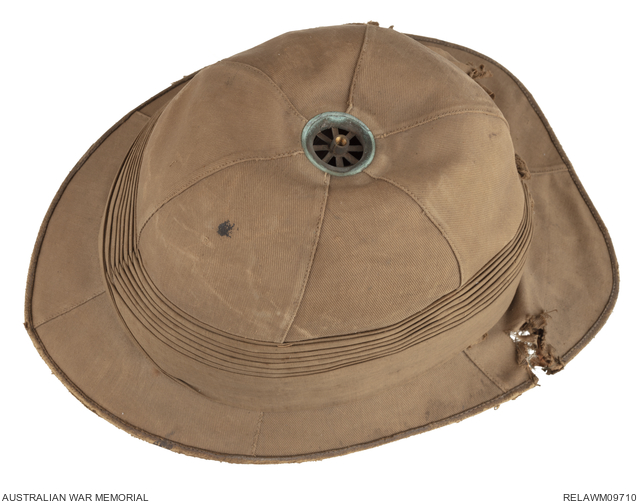 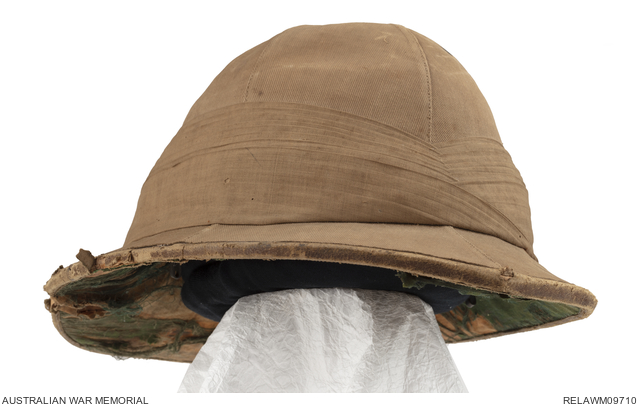 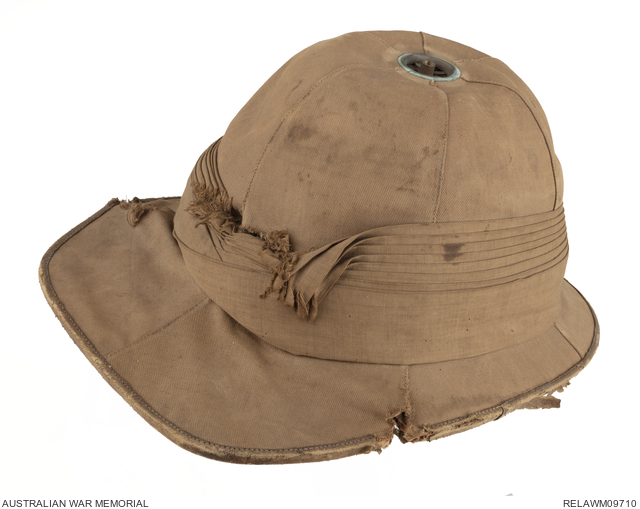 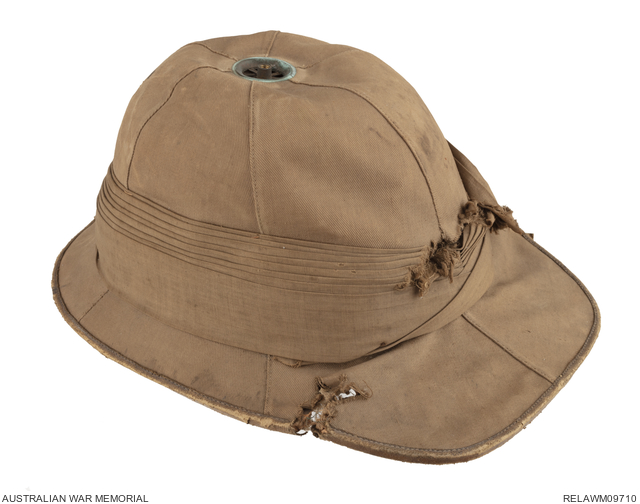 Cork sun helmet covered with khaki cotton drill. The brim is bound with leather. The helmet has a seven pleat puggaree in fine khaki cotton, and is lined throughout with cream cotton. The cream lining underneath the brim is further covered with green cotton. The leather sweatband is adjusted by means of red cotton cord threaded through its upper edge. There is a brown leather chinstrap with a brass slide. The inside of the crown is marked in purple indelible pencil 'A.L. FITZPATRICK 1ST L.H.R.'. The ventilation dome at the top of the crown is missing. Shrapnel or bullet damage can clearly be seen at the centre back lower crown, which has partially severed the puggaree. There is further damage on either side of the back brim, parallel to the damage on the crown.

This helmet, showing evidence of shrapnel damage, was worn by Captain Albert Leslie Fitzpatrick, of 1 Light Horse Regiment when he was wounded at the Battle of Romani, on 4 August 1916. A Turkish shrapnel shell burst near him, killing three horses. Fitzpatrick was wounded in the head and neck. One piece of shrapnel passed under his spine, another grazed the skull and a third tore the puggaree on his helmet and passed through the inside of the helmet without hitting his head.

Fitzpatrick was born in 1887 and had served in the militia with the 26th Australian Army Service Corps Company before he enlisted for service in the AIF on 2 September 1914. He served with 1 Light Horse Brigade on Gallipoli but was evacuated with heart trouble in July 1915. After treatment in Malta and England he returned to Egypt in April 1916 and joined 1 Light Horse Regiment. In July he was made honorary Captain and Quartermaster of the regiment.

Fitzgerald was evacuated to Egypt for treatment after he was wounded at Romani and was listed as dangerously ill until 11 September. He was evacuated to Australia on 23 September and discharged medically unfit in 1917.