Group portrait of B Flight, Cadet Pilots, No 1 Flying Training School, many of whom enlisted on 6 ... 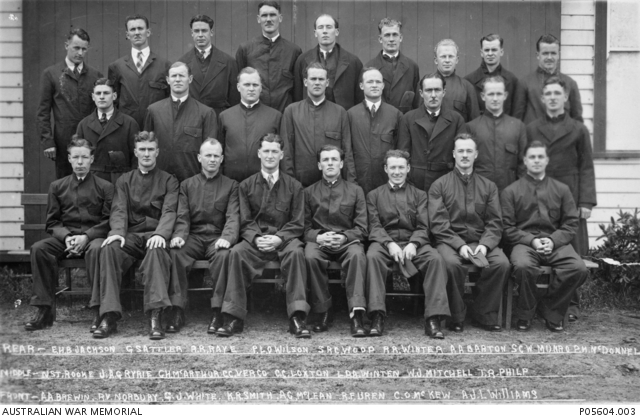