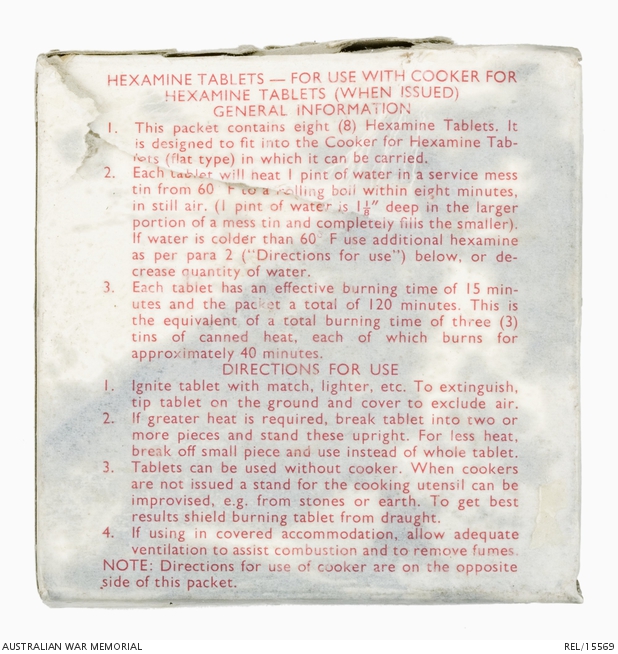 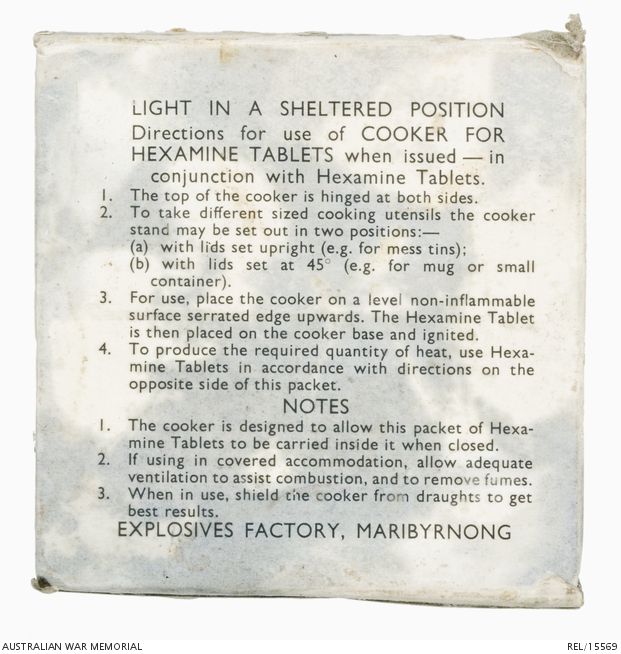 Packet of solid fuel tablets made from Hexamine, a heterocyclic organic compound formed by the reaction of formaldehyde and ammonia. The tablets burn smokelessly, have a high energy density, do not liquify while burning and leave no ashes.

Once ignited, they were very hard to put out - you had to completely cover the tablet with soil. If you wanted a more fierce blaze, it was common practice to break the tablet into smaller pieces. The waxed container was able to be burnt when empty.

Supplied to Australian troops serving in Vietnam and into the early 1990s, at which time a slightly different formulation of tablet was issued. The latter tablets are made by ADI. Hexamine is still used widely by campers and aid organisations. They can be used with or without the cooker with which they were supplied.