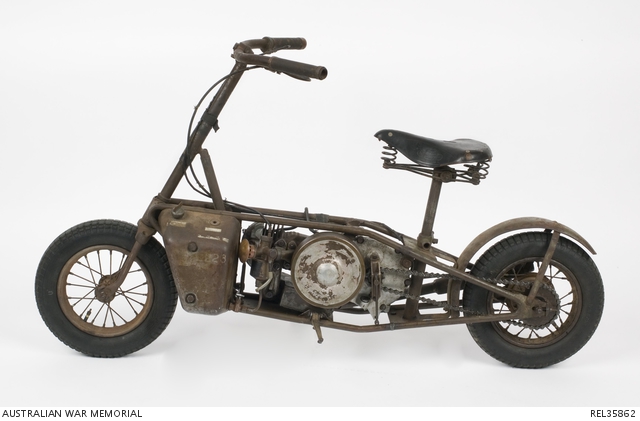 Collapsible motorcycle powered by a Villers 98cc 2 stroke engine designed for use by paratroops. There are post-war welded joints in the frame forward of the seat post plates where the frame was cut for transit to Australia. The handlebars have been welded in the upright position and no longer fold. The bike has a replacement Australian made seat. Markings -

Originally designed by the British Special Operations Executive (SOE) for use in covert operations, the Welbike came to be used by British Airborne and Parachute Regiments. The bikes folded down into a parachute container and were dropped with the airborne units for rapid deployment on landing.

It is understood that this vehicle was retrieved from the island of Morotai where it had been used by a Light Aid Detachment to fetch the mail.