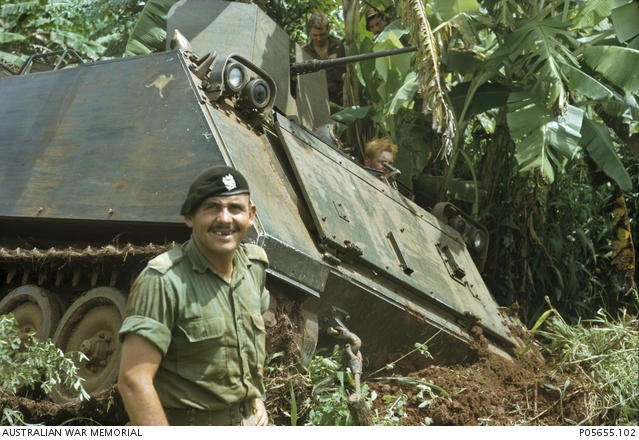 215565 2nd Lieutenant Ian Charles Savage (foreground) and 3786644 Trooper (Tpr) Victor Ian (Vic) Pomroy (obscured) with an armoured personnel carrier (APC) that half fell into a VC tunnel that collapsed under the vehicle's weight. Tpr Pomroy was killed during Operation Bribie on 17 February 1967 when the M113A1 APC of A Squadron, 3 Cavalry Regiment which he was driving was hit by three rounds of recoilless rifle fire.