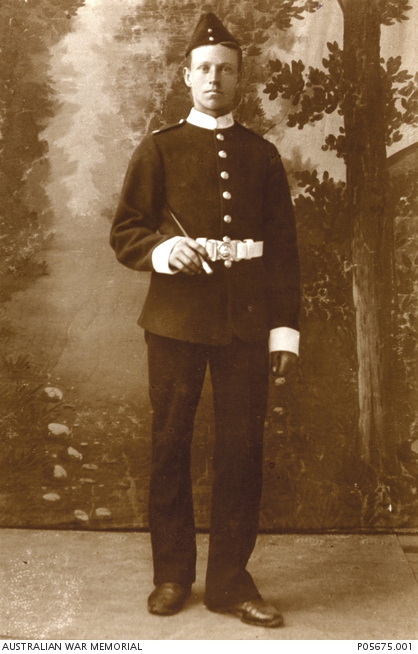 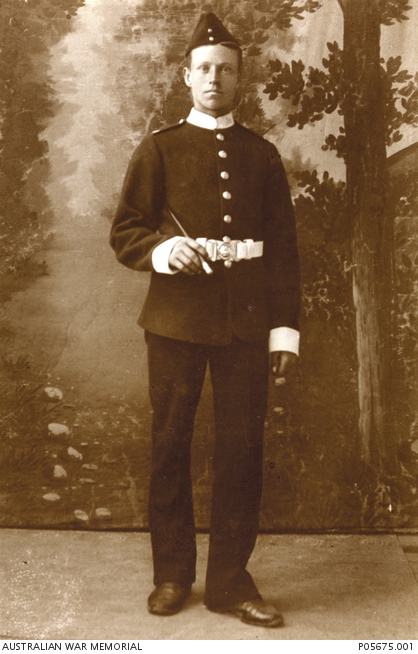 Studio portrait of Private (Pte) Francis Viney, 2nd Battalion The Dorchester Regiment. Pte Viney served during the War in South Africa (Boer War) receiving the Queen's South Africa Medal and the King's South Africa Medal. After his discharge he emigrated to Australia and in 1915 enlisted in the 2nd Battalion with the service number 3565. Promoted to Sergeant (Sgt) in the 3rd Field Artillery Brigade he was awarded the DCM for an act of bravery on 3 December 1917.The recommendation reads in part: "Whilst under enemy artillery fire he carried several boxes of smouldering artillery shells from his gun's position to a distant shell hole, thus allowing it to continue firing and inspiring his men". He had also received a recommendation for an unspecified award "For general good service and devotion to duty and for his personal disregard of danger" on 30 September 1917. There is no record of any award resulting from the latter recommendation.