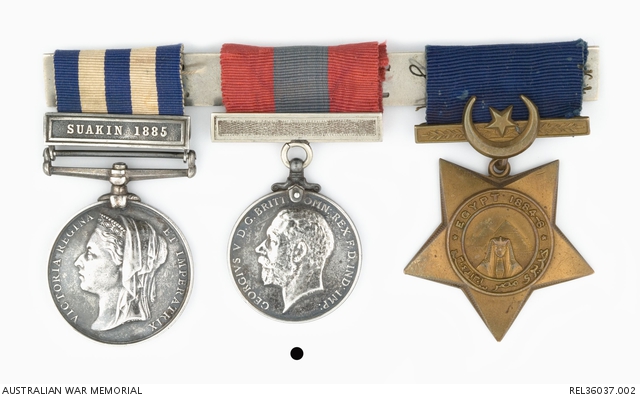 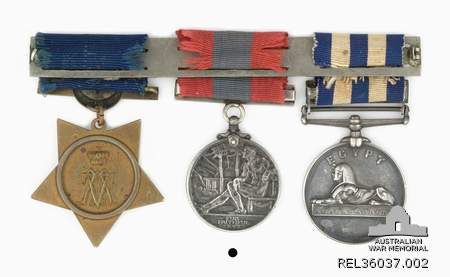 Awarded to Barff Tucker in the 1920s in recognition of his long and distinguished service with the New South Wales Prisons Department at Bathurst Gaol. Tucker was born in Bathurst in 1861 and had already served with the 3rd Regiment New South Wales Volunteer Infantry, which was based at Bathurst when he volunteered to join the New South Wales Contingent sent to the Sudan in 1885. On enlistment he stated that he was a carpenter, 23 years old and single. 283 Private Barff Tucker was assigned to A Company, Infantry, of the Contingent. He was also an enthusiastic footballer and the members of his club presented him with a gold ring on his departure for The Sudan. After his service he returned to live in Bathurst and later joined the Prisons Department. He died in 1951, aged 90.