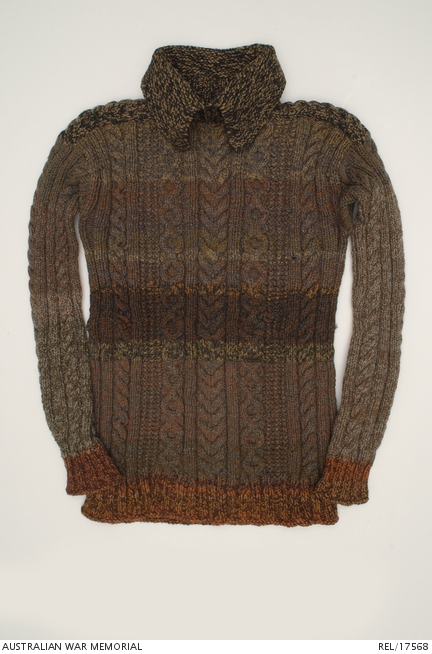 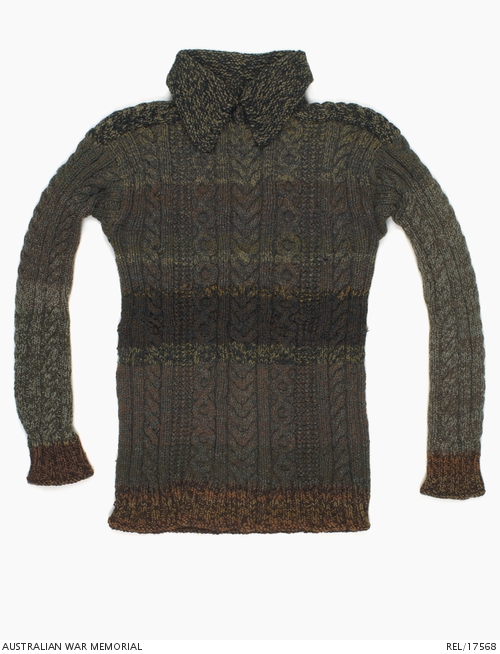 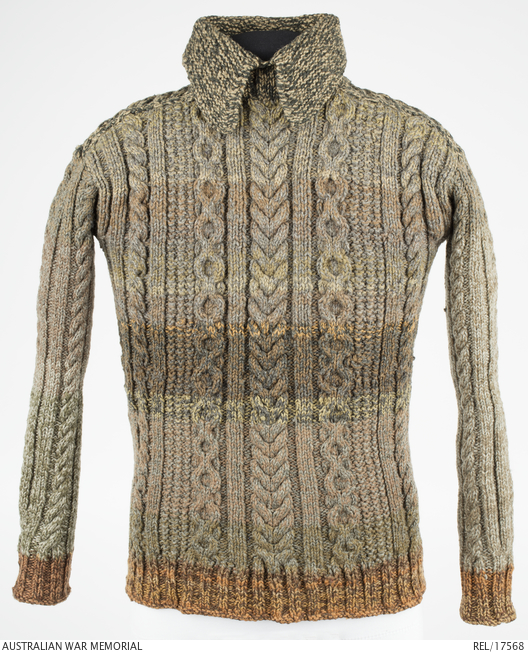 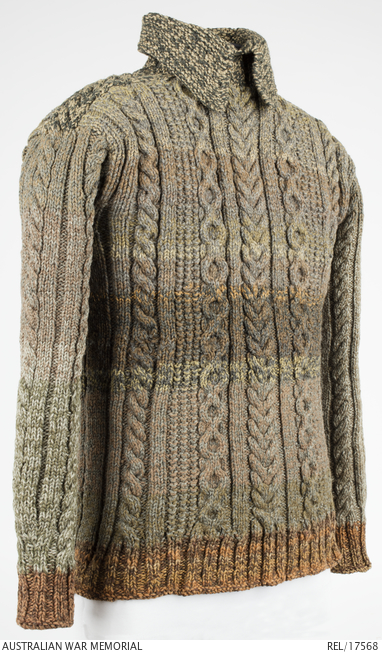 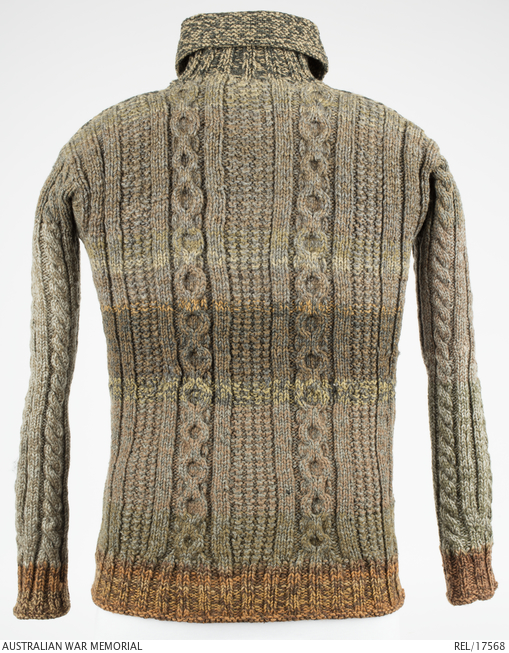 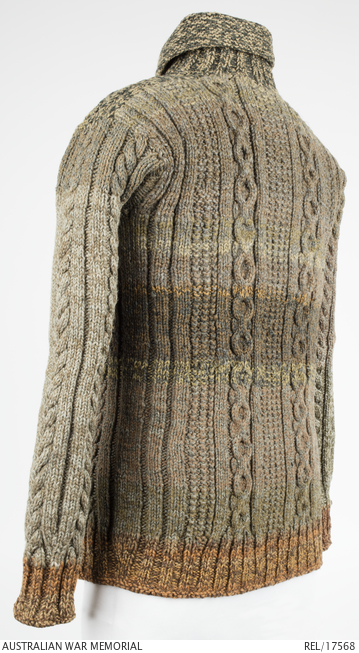 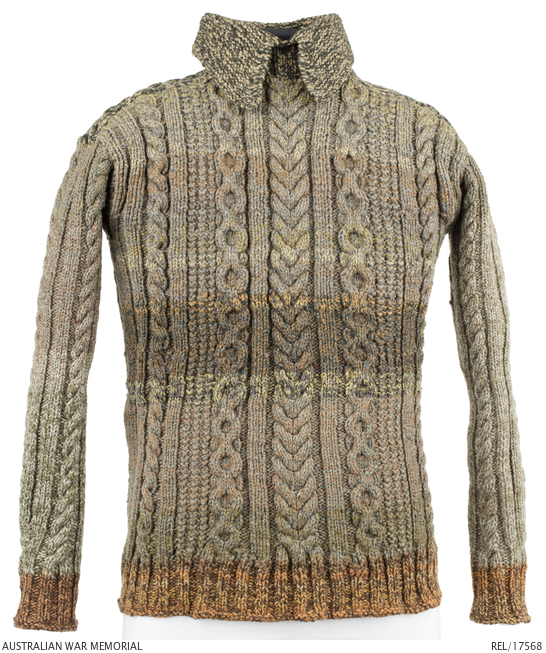 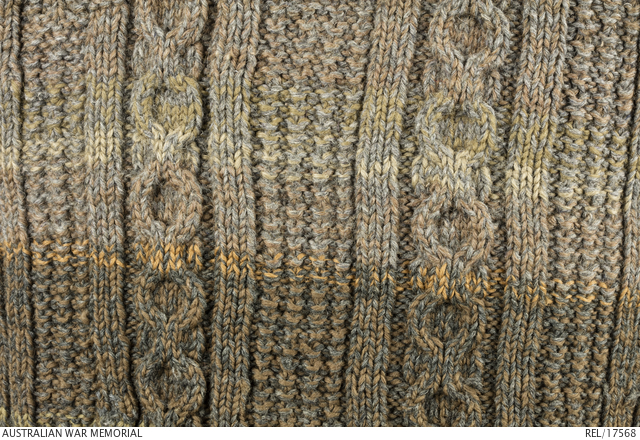 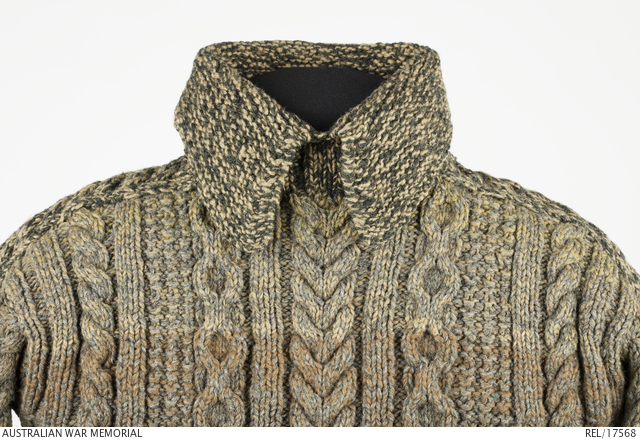 Hand knitted pullover in shades of grey, green, brown and khaki wool, mixed, by knitting two strands together, to give a speckled effect. The basque and cuffs only are knitted in shades of brown. The body of the pullover is knitted in a combination of rib, blackberry, chain and cable stitches. The sleeves are knitted in rib and cable. The top of each shoulder has been knitted in cable to give a raised epaulette effect. The neck is ribbed and has an attached fall collar in garter stitch.

Made by 293 Lance Corporal Percy Augustus Burge of 5 Platoon, B Company, 14 Battalion, AIF, while he was a prisoner of war of the Germans. He used the wool from the tops of worn out socks, and wire for knitting needles.

Burge enlisted from Bendigo, Victoria, at the age of 18 on 10 September 1917. He had been working as a bank clerk. He was captured at Bullecourt on 11 April 1917 after being wounded by a grenade in both lower legs and sustaining a shrapnel wound to the kidneys. He was treated in Dulmen Camp Hospital, and then held in Dulmen Camp until December 1917. He was then transferred to Freidrichsfeld bei Wesel. Burge was repatriated to England in October 1918 and returned to Australia on 18 January 1918. He died on 28 June 1970.