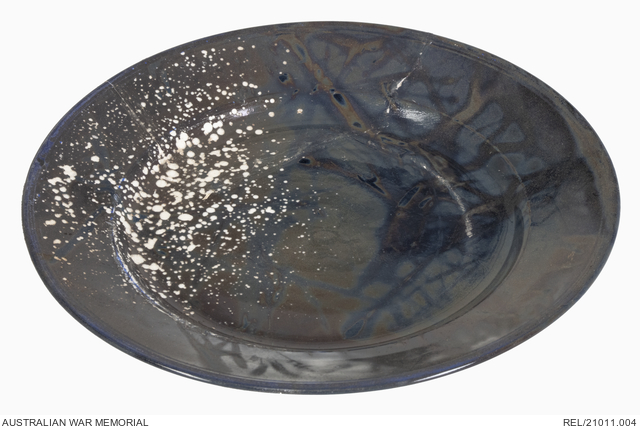 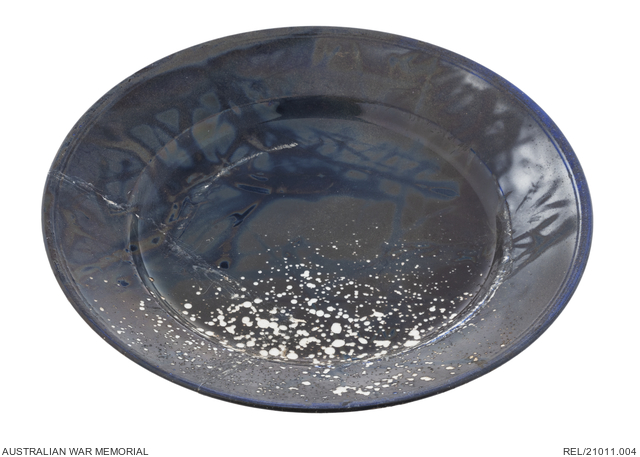 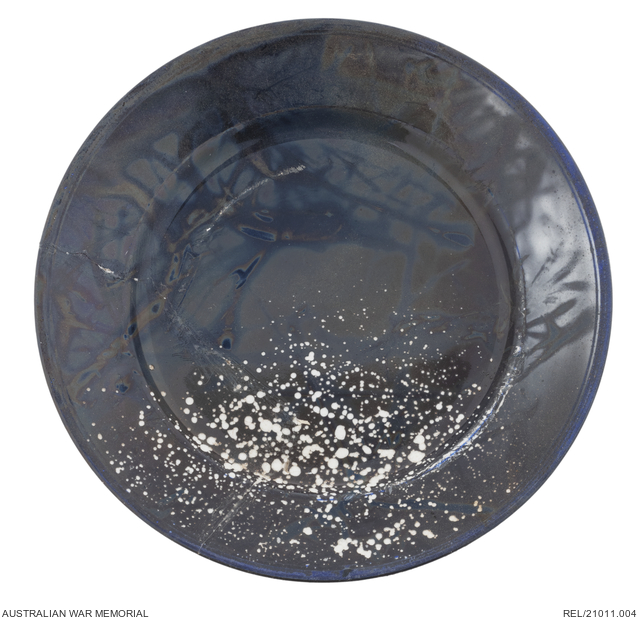 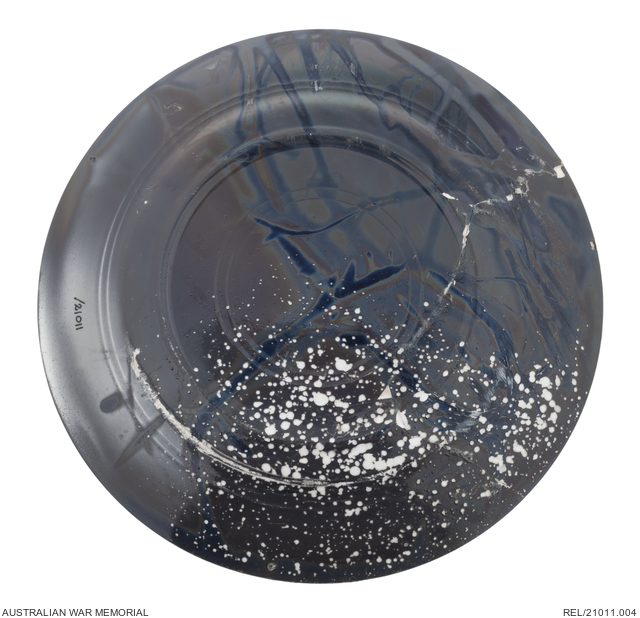 Blue dinner plate, the glaze of the plate has been distorted by heat. There is evidence of a significant break which has been glued back together on the edge of the plate.

This plate was owned by Elsie May Rayner. The damage was caused by the nuclear bomb dropped on Hiroshima in August 1945. The temperature of the blast, which reached up to 6,000 degrees Celsius, distorting the glaze.

NF463879 Private Elsie Rayner had served in the Australian Women’s Army Service during the Second World War and was discharged in November 1945, so did not serve in Japan and it appears she was given this item by someone who served with BCOF. Or she, or someone she knew, travelled to Japan post war.